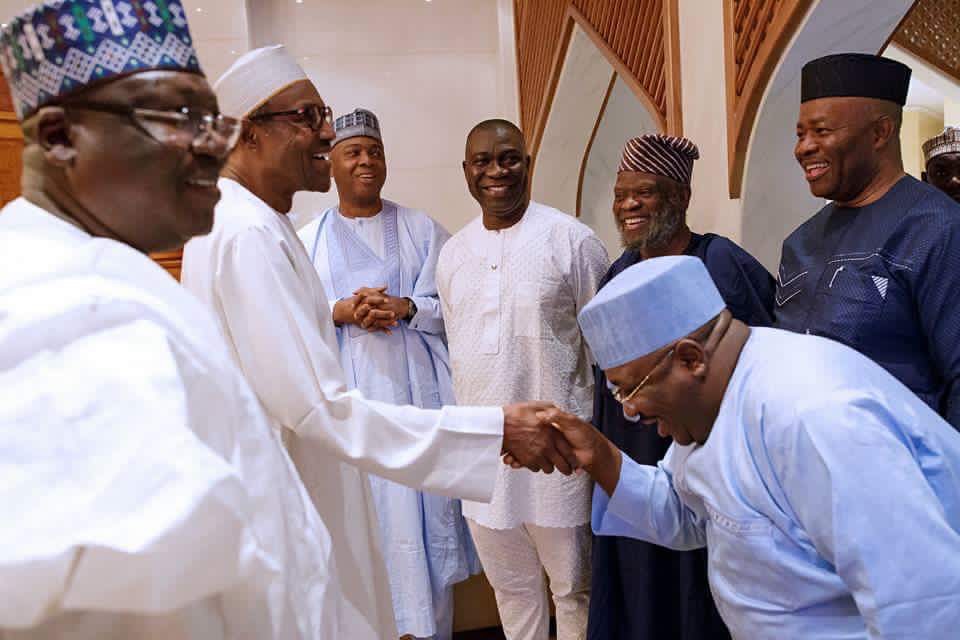 President Muhammadu Buhari huddled with Senate leaders for more than an hour Tuesday night to discuss his administration’s plan to tackle the rising threat of herdsmen attack, Per Second News gathered.

The Senate earlier in the day issued a 14-day ultimatum to the Inspector General of Police (IGP), Ibrahim Idris, to investigate and arrest the perpetrators of the Benue attacks that led to the death of over 73 persons. 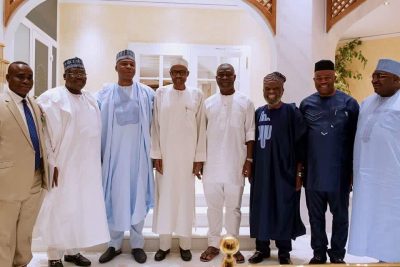 Tuesday’s gathering inside the Villa comes amid calls by many in Nigeria to declare the herdsmen as terrorist.

Speaking at the end of the meeting, Senate President Bukola Saraki said “Its just a follow up, you know I was here with the Speaker two nights ago and today is our first day at session and if you follow we debated the issue of the unfortunate incident in Benue close to about 4 hours and some of the resolutions we took was for me to personally come and brief the President on some of our resolution particularly concerning security.” 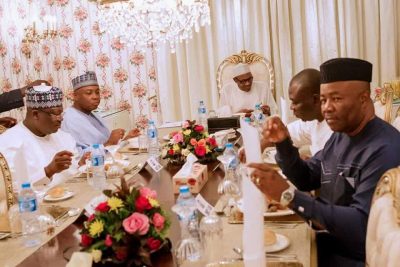 The Senior Special Assistant to President on National Assembly Matters, Ita Enang, said “I want to commend the senate for debating the issues of security with the greatest passion void of political affiliations.”

BuhariHerdsmenSenate
Share
Subscribe to our newsletter
Sign up here to get the latest news, updates and special offers delivered directly to your inbox.
You can unsubscribe at any time