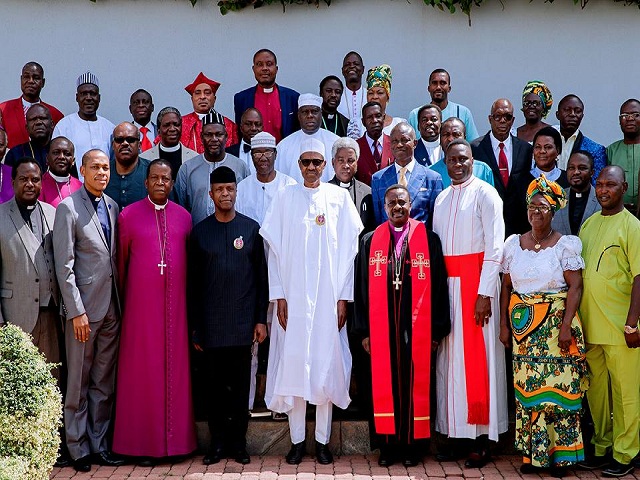 The Presidency has reacted to a report credited to the Christian Association of Nigeria (CAN), alleging some of President Muhammadu Buhari’s action was threat to  democracy in Nigeria.

The  General Secretary of the Christian Association, (CAN) Dr Musa Asake, alleged that President Muhammadu Buhari has violated some parts of the Nigerian constitution by failing to protect Nigerians.

“The respected religious leader should stick to his religious duties and leave politics for politicians,” Shehu said in a three paragraph response Tuesday.

“Our attention has been drawn to reports of a press conference by General Secretary of Christian Association of Nigeria, CAN, Dr. Musa Asake in which he passed a judgement on the constitutionality of certain actions of the Muhammadu Buhari administration.

“Unfortunately, he could not cite any valid cases of constitutional violations. President Muhammadu government poses no threat to the country’s democracy and Constitution.

“There are no cases of any violation of our sacred constitution and there will be none under this President, he said.

Garba rebuked the Christian leader, asking him to mind his business.

For some politicians, religious leaders should become complacent and preach about God and pray for peace and stability, but not fight against injustice for doing so could entail fighting against them, said Caleb Olumide, a CAN leader in Lagos.

BuhariCANShehu Garba
Share
Subscribe to our newsletter
Sign up here to get the latest news, updates and special offers delivered directly to your inbox.
You can unsubscribe at any time

How Buhari forced Jammeh out of office- Barrow