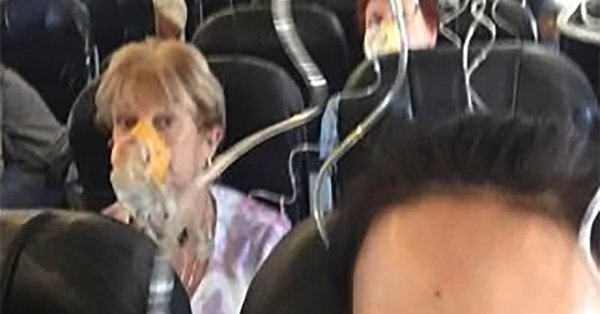 [dropcap]P[/dropcap]assengers recounted their panic Monday after a sudden loss of pressure on their AirAsia flight caused oxygen masks to drop from the ceiling and sent their plane into a steep drop.

The panic was escalated because of the behaviour of  airline crew who were screaming, looked tearful and shocked,’ passenger Clare Askew told reporters.

“I picked up my phone and sent a text message to my family, just hoping that they would get it,” one tearful passenger named Leah said.

“We were all pretty much saying goodbye to each other. It was really upsetting.”

Passenger Mark Bailey said: ‘Hostesses started screaming: ‘Emergency, emergency.’ They just went hysterical.’ ‘There was no real panic before that, then everyone panicked,’ Mr Bailey added.

.
“We didn’t know what was happening because all the voice recordings on the plane were in every language but English,” said another passenger.

AirAsia apologised for the scare on Sunday’s Perth to Bali flight, blaming a “technical issue” without elaborating on the cause.

“The safety of passengers and crew is our priority,” the budget airline said in a statement.
“AirAsia apologises to passengers for any inconvenience caused.”

Flight QZ535 returned safely on Sunday to Perth Airport where many of the 145 passengers spoke to media about the fear and confusion on board.

A Qantas flight en route to Dallas returned to Sydney in August after the wing flaps could not be retracted, while a Johannesburg-bound plane turned back to Sydney on the same day when a crack in the windscreen was discovered.

Your past does not determine your future- Osinbajo