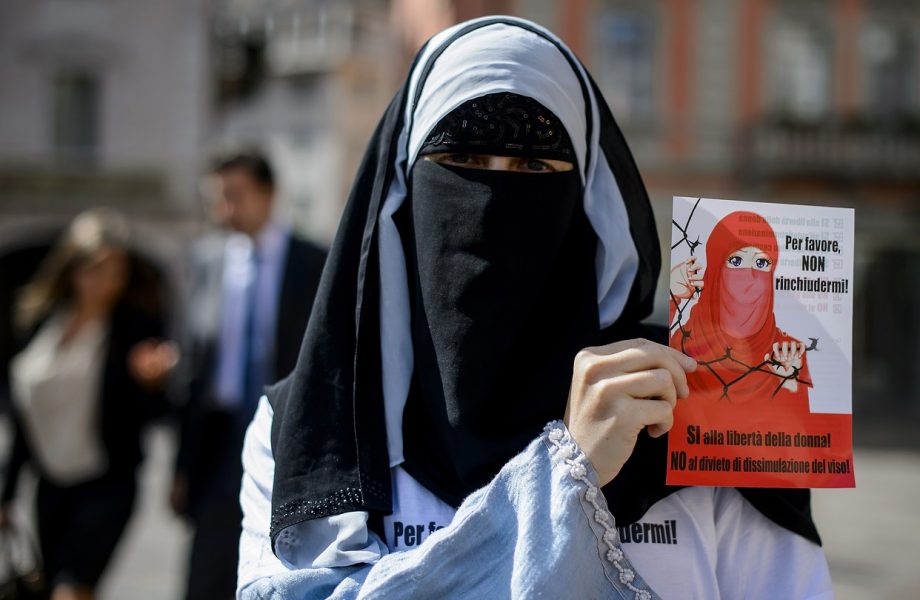 [dropcap]A[/dropcap]ustria on Sunday becomes the fifth European country to ban wearing full face veils such as the burqa and niqab in public, a move prompted by the recent wave of migrants from Muslim countries seeking asylum.

The prohibition will also apply to scarves, masks and clown paint that cover faces to avoid discriminating against Muslim dress.

The Anti-Face-Veiling Act applies to anyone in public places and buildings, including schools, shopping malls and public transportation.

Other measures aimed at refugees to promote integrating them into Austria include compulsory courses to learn German and the country’s values.

Although there are no reliable numbers, the ban is likely to affect only a few hundred Muslim women in the country who now cover their faces. Also affected are some of the estimated 70,000 Arab tourists who visit Austria’s popular Zell Am See ski area every year.

The new law has angered Muslim groups. The Islamic Religious Authority of Austria calls it an infringement on privacy, religious freedom and freedom of opinion.

Austria’s burqa ban “is a clear discrimination of Muslim women, who once again become victims of a policy of coercion,” said Yeliz Dagdevir, 36, a Muslim psychologist in Lustenau who does not wear a veil. “Muslims are obviously still not a part of this country,” she added.

People who obscure their face in public can be fined $175. Similar laws are in force or about to go into effect in Belgium, Bulgaria, France and Switzerland. Germany has a partial ban on face coverings that applies only when driving.

Austria’s parliament approved the law in May after politicians, including Foreign Minister Sebastian Kurz — a front-runner to become chancellor in the Oct. 15 parliamentary election — argued that veils hinder Muslim women from integrating into Austria’s predominantly Catholic society.

The burqa is “not a religious symbol but a symbol for a counter-society,” Kurz told Austrian broadcaster ORF in August.

Burqa
Share
Subscribe to our newsletter
Sign up here to get the latest news, updates and special offers delivered directly to your inbox.
You can unsubscribe at any time

Nigerians will benefit from the fruits of this nation, says Osinbajo