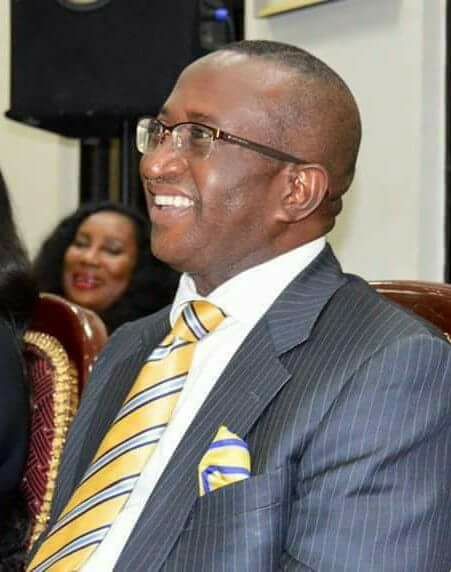 The Chairman, Governing Board of Niger Delta Development Commission (NDDC), Sen. Victor Ndoma-Egba,SAN has called on Nigerians to be hopeful about the future inspite of the current challenges as the Federal Government has taken adequate steps to bring the economy out of recession and restore the country on the path of economic growth.

“Truly times are hard, but as a Nation, let us be rest assured that with ongoing economic recovery efforts of this administration and the continued support of Nigerians, the country will emerge from the current economic recession stronger and better, he said in a statement signed by Clara Braide, Special Assistant Communication
Office of the Chairman NDDC .

Ndoma-Egba in a message issued on behalf of the NDDC Board and Management to mark Nigeria’s 57th Independence Anniversary, urged Nigerians to sustain its support and prayers for the President Muhammadu Buhari APC-led administration as it works to return the country to its deserved heights among the comity of Nations.

“Happily, the insurgents have been deprived of the possibility of ever again, holding Nigerian territory. Going forward, the administration is already aggressively pursuing the rebuilding and rehabilitation of the affected communities so that displaced persons can return to their normal, peaceful and productive lives.”

Ndoma-Egba commended the efforts of the President and the Military in containing and degrading the Boko Haram insurgency in the North East as well as ongoing efforts to rebuild and rehabilitate affected communities ravaged by insurgence. He also thanked the International community for their cooperation and support for the administration’s counter-insurgency efforts.

While also appealing for calm in the greater Niger Delta region, the NDDC Chairman advised that violence and vandalization of National Assets is counter productive and will not move the region forward. He stressed that dialogue and constructive engagement remains key to resolving contentious issues to which Government is favorably disposed towards addressing. He assured indigenes of the Region that the current Board and Management of the Commission are exerting themselves to the limit of their endowments to change the narrative of the Region.

Ndoma-Egba also urged Nigerians and indeed Politicians to eschew acts that are capable of overheating the polity and prayed for support for the leadership of the country as it strives to uplift the country.