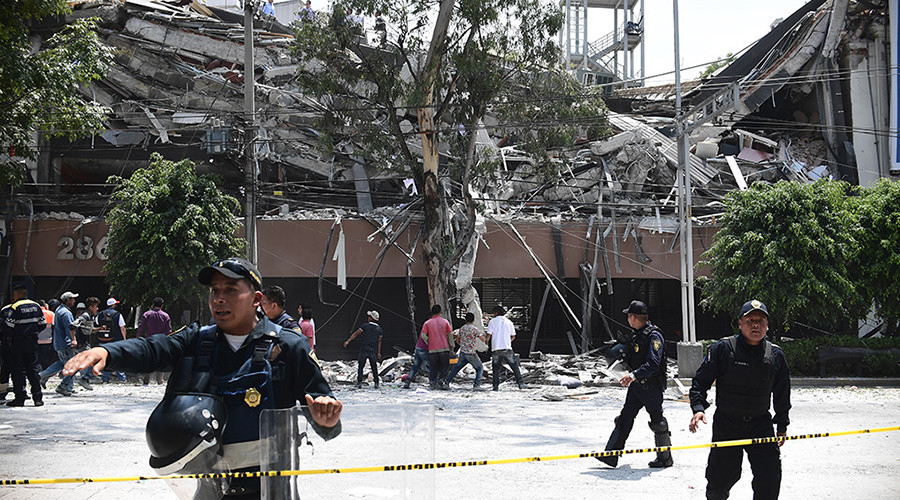 Rescue crews and ordinary citizens searched through rubble for survivors as night fell on Tuesday on battered cities in central Mexico, including the capital, where the death toll from a major earthquake grew to at least 224.

The magnitude 7.1 quake toppled dozens of buildings, broke gas mains and sparked fires less than two weeks after another powerful quake killed at least 98 people in southern Mexico. It also hit just hours after emergency drills marked the anniversary of a temblor that killed thousands in 1985.

Emergency personnel in Mexico City, a metropolitan region of about 20 million people, searched frantically with picks and shovels for survivors beneath the rubble of what the sprawling city’s mayor calculated to be as many as 44 collapsed buildings, including at least one primary school.

EarthquakeMexico
Share
Subscribe to our newsletter
Sign up here to get the latest news, updates and special offers delivered directly to your inbox.
You can unsubscribe at any time