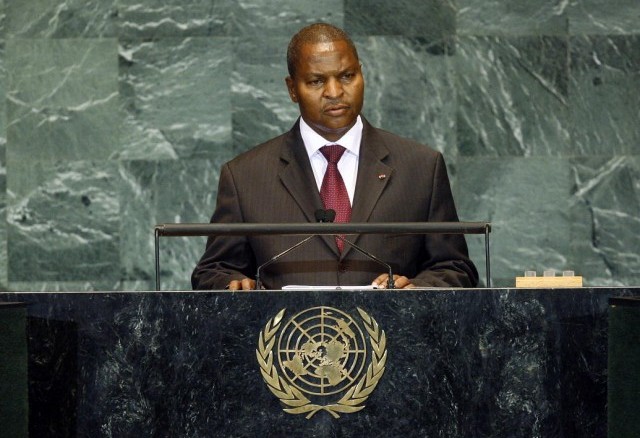 The president of the Central African Republic, Faustin-Archange Touadera, on Tuesday pleaded with the world to not forget his country and urged the U.N. to bolster its peace-keeping force amid growing violence that threatens to spin the country out of control.

“Central Africa is at a critical moment in its history. We need the support of our friends; there are risks that we’ll be forgotten,” Touadera told a news conference ahead of a high-level meeting at the U.N. General Assembly.

“The only force capable of ensuring security is the United Nations,” Touadera said. “The capacities of MINUSCA in terms of men and equipment have to be strengthened.”

Thousands have died and a fifth of Central Africans have fled a conflict that broke out after mainly Muslim Seleka rebels ousted President Francois Bozize in 2013, provoking a backlash from Christian anti-balaka (anti-machete) militias.

Touadera bemoaned the departure of France’s Operation Sangaris, but also the withdrawal of about 2,000 American and Uganda forces that were fighting the Ugandan rebel group The Lord’s Resistance Army and the withdrawal of MINUSCA’s Congolese battalion in the west.

Central African Republic
Share
Subscribe to our newsletter
Sign up here to get the latest news, updates and special offers delivered directly to your inbox.
You can unsubscribe at any time