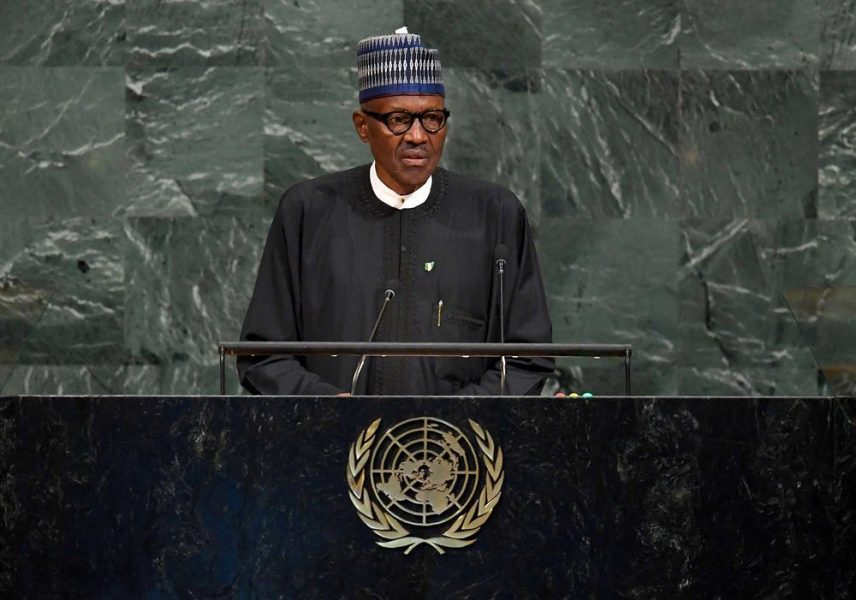 [dropcap]P[/dropcap]resident Muhammadu Buhari on Tuesday urged the international community to support the Lake Chad region in its fight against terror even as other conflicts emerge.

“Additionally, we are now confronted by the desperate human rights and humanitarian situations in Yemen and most tragically in the Rakhine State of Myanmar. The Myanmar crisis is very reminiscent of what happened in Bosnia in 1995 and in Rwanda in 1994.”

“The international community cannot remain silent and not condemn the horrendous suffering caused by what from all indications is a state-backed programme of brutal depopulation of the Rohingya inhabited areas in Myanmar on the bases of ethnicity and religion.

In his speech, Buhari also called on the UN to be mindful of “widening inequalities within societies” which may cause “frustration and anger leading to spiralling instability.” But the over two million displaced persons in the northeast will likely be puzzled by the president’s sentiments given that inequality, frustration and anger are their daily realities.

Since being devastated by the long-running Boko Haram insurgency, displaced persons in the northeast have been forced to live in congested camps where hunger and disease are rife. Nearly half a million children in the region are severely malnourished, according to the Norwegian Refugee Council.

Most of the internally displaced people’s camps are underfunded by the government and officials have been accused of diverting and selling donated relief materials at local markets for personal gain.