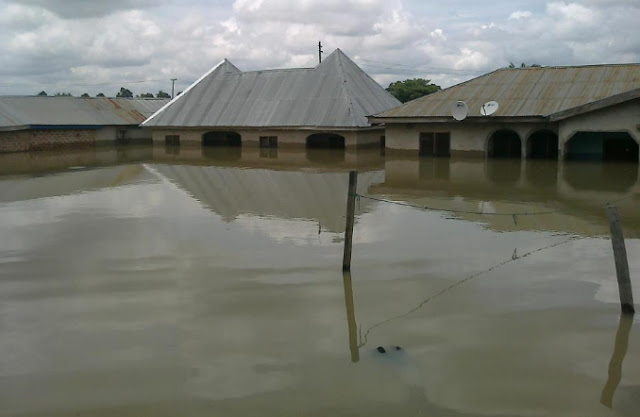 The Presidential Committee on flood relief and rehabilitaton in which Aliko Dangote is the chairman has provided N250 million (Two hundred and fifty million) as relief assistance to victims of the devastating floods in Benue State.

Also, in response to the request by the Benue State Government, the Committee has approved the release of one IDP Hostel already completed by the Committee in Benue State to provide temporary shelter for some of the displaced persons.

It would be recalled that more than 110,000 persons in 24 communities, including Makurdi, have been displaced by the flood in Benue State.

The Executive Secretary of the State Emergency Management Agency (SEMA), Mr. Boniface Ortese, who disclosed this recently said over 2,769 households were also affected.

He explained that places affected included Achusa, Idye, Wurukum Market, Genabe, Industrial Layout, Demekpe, Wadata Market, Katungu, behind the Civil Service Commission, Agboughul-Wadata among others in Makurdi.
“In Achusa, 200 houses were affected with 5,125 persons displaced. In Idye, 217 houses with 5,200 persons displaced. Also, behind the Civil Service Commission, 200 houses were submerged in flood and 5,777 persons were displaced.”

Aside the donation in Benue, the Dangote- led presidential committee also revealed that it has also donated the sum of N150,000,000.00 (One Hundred and Fifty Million Naira) (in kind) to provide relief assistance to flood victims in Anambra State.

It also released the sum of sum of N118,000,000.00 (One Hundred and Eighteen Million Naira) to NEMA to augment the N1.6 billion released by the Federal Government for procurement of food and non-food relief materials in aid of the flood victims in the following 16 states: Abia, Akwa-Ibom, Bayelsa, Ebonyi, Edo, Ekiti, Enugu, Abuja FCT, Kebbi, Kwara, Lagos, Niger, Ondo, Oyo, Plateau and Sokoto.

The Committee further revealed that it is currently implementing various projects in the 24 States that were affected by the 2012 nation-wide floods. The rationale behind the projects, according to the Committee is to assist the benefiting states to better handle future emergencies, including flooding.

It would be recalled that the Committee at its inauguration by former President Goodluck Jonathan raised a whopping N11.35 billion for flood victims.

Top on the list of donors at the event were Dangote and the Federal Government, who donated N2.5 billion each.
Mr. Dangote, however, said that from his N2.5 billion, 200 million had earlier been given to Kogi State Government and N150 million for the running of the Secretariat of the committee.

Anambra Gov Peter Obi also announced a donation of N1.8 billion on behalf of the state governors at the rate of , N15 million each.

Other who made donations were construction giants Julius Berger, Setraco, Dantata and Sawoe, RCC and other corporate organisations and spirited individuals.

Ben VictimsDangoteFlood
Share
Subscribe to our newsletter
Sign up here to get the latest news, updates and special offers delivered directly to your inbox.
You can unsubscribe at any time