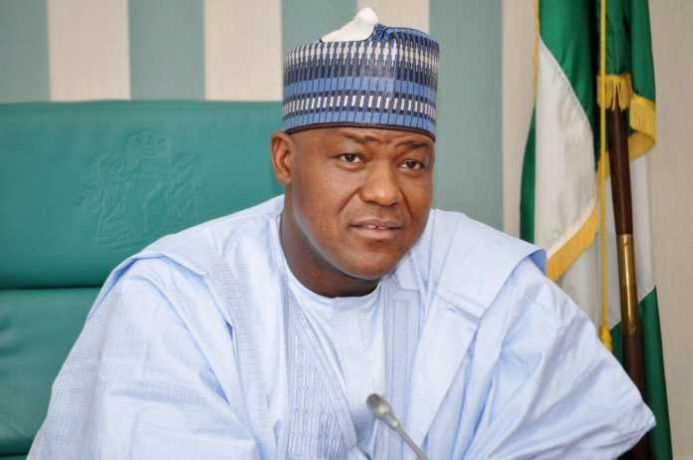 Socio-Economic Rights and Accountability Project (SERAP) has sent an urgent appeal to three UN Special Rapporteurs urging them to “put meaningful pressure on the leadership of the National Assembly in Nigeria particularly the Speaker of the House of Representatives Mr Yakubu Dogara to immediately withdraw the repressive bill to establish a commission that would monitor, supervise, de-register, and pre-approve all activities by civil society, labour, community based organizations, and the media, in the country.”

SERAP also urged the Special Rapporteurs to “prevail on the Acting President Professor Yemi Osinbajo to decline to sign the bill into law; and on the House of Representatives and the Senate to exercise their legislative powers for good governance, and ensure a safe and enabling environment for civil society organizations both in practice and rhetoric, in line with the 1999 Constitution of Nigeria (as amended) and the government’s international human rights obligations and commitments.”

The organization said, “the sole objective of the House of Representatives is to weaken and delegitimize the work of independent and credible civil society. If adopted, the bill which is copied from repressive countries like Somalia, Ethiopia and Uganda, would have a chilling effect not only on expressions of peaceful dissent by the citizens but also on the legitimate work of NGOs and individual human rights defenders and activists scrutinizing corruption in the National Assembly and exposing human rights violations by the government.”

The urgent appeal signed by SERAP executive director Adetokunbo Mumuni read in part: “the bill (sponsored by Umar Buba Jibril Deputy Leader, PDP: Kogi State), if passed by the House of Representatives and the Senate of Nigeria and signed into law by Acting President Professor Yemi Osinbajo, would severely curtail the rights of all Nigerians to freedom of expression and freedom of peaceful assembly and association in the country.”

“SERAP is seriously concerned that the bill is by far the most dangerous piece of legislation in the country in terms of its reach and devastating consequences not only for the work of civil society but also the effective enjoyment of constitutionally and internationally recognized human rights of the citizens. The bill will devastate the country’s civil society for generations to come and turn it into a government puppet.”

“The bill is a further path of closing civic space in the country, something witnessed only under military regimes, and has no place in a democratic Nigeria. The bill is entirely unnecessary, as the work of civil society is already sufficiently regulated under existing legislation, including the Companies and Allied Matters Act, Economic and Financial Crimes Commission (EFCC) Act, the Independent Corrupt Practices and Other Related Offences Commission (ICPC) Act and other similar legislation.”

“SERAP is also concerned that the proposed bill is coming at a time the members of the Senate and House of Representatives are proposing amnesty and immunity for themselves against prosecution for corruption and other economic crimes; and the government is proposing a social media policy to restrict and undermine citizens’ access to the social media ahead of the general elections in 2019.”

“By including civil society in general, the bill will also undermine both section 22 of the 1999 Nigerian constitution and article 13 of the UN Convention against Corruption, both of which have given the media a critical role to ensure that the government, at all levels, is accountable to the citizenry.”

“The bill would subject Nigerians and civil society to extensive government control and interference that it would negate the very essence of the constitutionally and internationally recognized rights to freedom of expression, association and peaceful assembly. The bill also raises serious concerns about the commitment of Nigerian lawmakers and the government to good governance and basic freedoms in a democratic society.”

“SERAP fears that the overbearing bill would inhibit and obstruct the ability of Nigerians to work collectively through local and international organizations on any human rights, transparency and accountability research or advocacy that may be deemed contrary to “the national interest” of Nigeria, or not “consistent with the programmes of government.”

“The provisions of the bill are also not subject to any judicial oversight. SERAP believes that independent groups and activists should have space to carry out their human rights and anticorruption work without fear of reprisals, such as losing their registration or being sent prison.”

“Apart from the Nigerian Constitution, article 22 of the International Covenant on Civil and Political Rights and article 10 of the African Charter on Human and Peoples’ Rights to which Nigeria is a state party guarantee the rights to freedom of expression, association and peaceful assembly. The African Commission on Human and Peoples’ Rights has made clear that the charter does not allow governments to “enact provisions which would limit the exercise of this freedom.” The African Commission has consistently criticised restriction on the work of civil society.”

“SERAP is concerned that by proposing this bill, Nigeria’s parliament is trying to immune itself from public criticism and scrutiny. If this bill is passed into law, good governance, the rule of law and respect for human rights of Nigerians would become a farce in the country. By gagging civil society from criticising the National Assembly and the government, the bill will undercut the rule of law, shrink civic space, and expose vulnerable Nigerians to greater level of injustice and repression.”

“Civil society groups have play a key role in holding government and parliaments accountable but without a strong civil society in Nigeria, the problem of high-level official corruption and other cases of violations of human rights would go unaddressed, and perpetrators would continue to enjoy impunity.”

It would be recalled that the House of Representatives debated the bill known as ‘An Act to provide for the establishment of Regulatory Commission for the Supervision, Coordination and Monitoring of NGOs, CSOs and Communities Based Organizations in Nigeria’. The bill will establish a commission responsible only to the president and the senate. Under section 7, the commission will monitor and supervise these groups supposedly to “ensure that they accomplish their missions according to law” and under section 26, strictly “in line with the programmes of government.”

Section 8 of the bill even goes further by empowering the commission to coordinate the work of all national and international NGOs in the country. All groups must register with the commission and submit their annual reports for discussion and governmental approval. The commission may take any punitive action against civil society and “do all such things incidental to its functions” under the Act. Section 10 establishes ‘a documentation center’ to which all civil society groups must submit the list of their activities and other information that may be required or prescribed. Section 11 then requires submission of all proposed activities by civil society for approval.
Section 12 requires registration of all civil society organizations on the payment of unspecified fees and other fees as the commission may require or prescribe. But registration may be turned down, as stated under section 13. Registration is valid for only 24 months and renewable, subject to conditions as may be prescribed. Registration may also be denied if the activities of civil society groups are not in line with “national interest”. Operations of the groups will be terminated without any such registration. Under section 19, workers of the groups must apply for work permits. The groups can only appeal to “a minister” if they are dissatisfied with the application of any of the provisions of the Act, as provided for under section 19.

The bill in section 24 criminalizes behaviour that is inherently legitimate by prescribing severe criminal penalties, including fines of N500,000 or 18 months imprisonment or both, for operating without registration under the bill. Under section 26, any such person will be banned for 10 years from doing any civil society work. The combined effect of sections 25 and 26 is that no civil society group will be able to carry out any activity without first seeking and obtaining a ministerial approval.

DogaraSERAP
Share
Subscribe to our newsletter
Sign up here to get the latest news, updates and special offers delivered directly to your inbox.
You can unsubscribe at any time