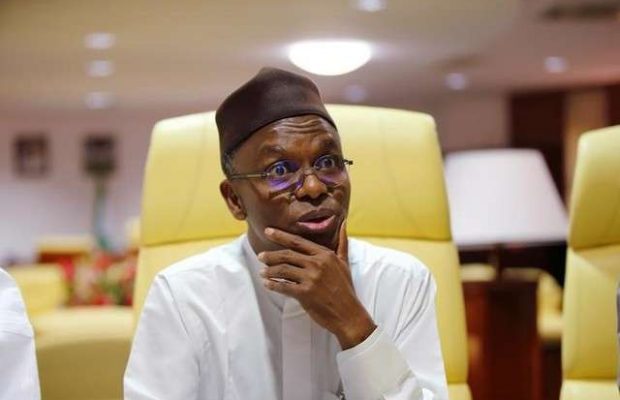 [dropcap]T[/dropcap]he Southern Kaduna Peoples’ Union (SOKAPU), on Sunday announced its total rejection of what it described as the “autocratic move” to tamper with the revered traditional institutions in the State and an attempt to take away the autonomy of its people.

SOKAPU which is the umbrella Union of the people of Southern Kaduna declared that the people do not in any way want the retrogressive review about to be carried out by the Governor Nasir el-Rufai led administration in the State.
In a seriously worded statement issued by the Union and signed by its National Publicity Secretary, Mr. Yakubu Kuzamani, wondered why it is only the el-Rufai-led government that is interested in the review without consultation with the people and therefore advised the State government against imposing its will on the people.

“Where a review of the existing chieftaincy system becomes necessary, we believe that the call for a review should come from the people. However, since Government has identified the need for a review, it is only right and exigent for Government to set up machinery for consultation and even public hearing with the relevant Stakeholders, Community Development Associations, religious leaders and the general public rather than going about the exercise in a very clandestine manner.”

The Southern Kaduna umbrella organisation observed that the creation and composition of the chiefdoms were carried out by the Kaduna State Government under the leadership of Brigadier General Ja’afaru Isa (rtd) in 1995 and Governor Ahmed Makarfi in 2000 after several months of painstaking consultations, interaction, engagement, hearings, submissions, research and evaluation which the government conducted.

SOKAPU noted that account was taken by the previous government of the yearnings and aspirations of the people as expressed by various communities, Community Development Associations, ethnic nationalities, religious leaders and stakeholders, for rulers of those chiefdoms as eventually constituted.

SOKAPU stressed that the role of traditional rulers in the area of stabilizing the polity, peace building and uniting the people for community development was equally taken account of.

The Southern Kaduna umbrella Union stressed that the intention of the entire review by the el-Rufai administration is suspicious and seriously insinuates bad faith.

It further states; “For example, the Subcommittee is asking chiefs to make “recommendations amongst others things, for a change of Nomenclature of your chiefdom from the existing one that emphasizes on ethnic affiliation to the one which would be based on town/location.

“The Atyaps, the Bajjus, the Kaninkons for example sought for chiefdoms based on their cultural affinity; the Ham people and the Moroa people had their institutions in place based on their cultural affinity; the Zazzau people had their Emirate system based on their religious affinity; the Atyaps have in their chiefdom Atyap people, Bajjus, Hausas, Fulanis, Igbos etc. in the same manner, the Zazzau Emirate, the Birnin Gwari Emirate have Muslims, Christians and others in their Emirates.
“The Agwam Bajju people are in Zangon Kataf, Kachia and Jema’a Local Government Areas; the Agom Adara in Kachia, Kajuru, part of Chikun and part of Niger state; the Kpop Ham in Jaba and Kachia Local Governments. Where these chiefs become Agwam Zonkwa; Agom Kachia; Kpop Kwoi-what happens to their people in the remaining local governments? Even the Gbagyi people are spread across five LGs!

“This move is deeply suspicious and not in good faith. Why is there emphasis only on ethnic affiliation? Why is there no emphasis on religious or ethnic identity? This move we believe would undoubtedly create more divisions in Kaduna State. Moreover, people of different chiefdoms are not only spread across other LGs but are autochthonous to such places with strong cultural ties.”

SOKAPU also queried how the submission of traditional institutions over such a serious matter vide a letter received on July 28, 2017 is expected to reach the Secretariat of the Sub-Committee on Nomenclature at Ministry of Local Government Affairs, Kaduna on or before Monday, 31st July, 2017.

It noted that no Community Development Association or stakeholder was invited to make a submission to either the main or subcommittee to review the chieftaincy system.

“Yet, the demand for the institution of the chiefdoms came from the people. The aforementioned documents were not placed within the public domain. The Committee never reached out to relevant stakeholders for their inputs.
“The letter from the Subcommittee was dated 24th July, 2017, chiefs were served with letters on 27th or 28th July and they were expected to make their input on or before Monday 31st July, 2017 on a matter of such great importance! There appears to be a pre-determined outcome for this assignment.

ElrufaiKadunaSOKAPU
Share
Subscribe to our newsletter
Sign up here to get the latest news, updates and special offers delivered directly to your inbox.
You can unsubscribe at any time