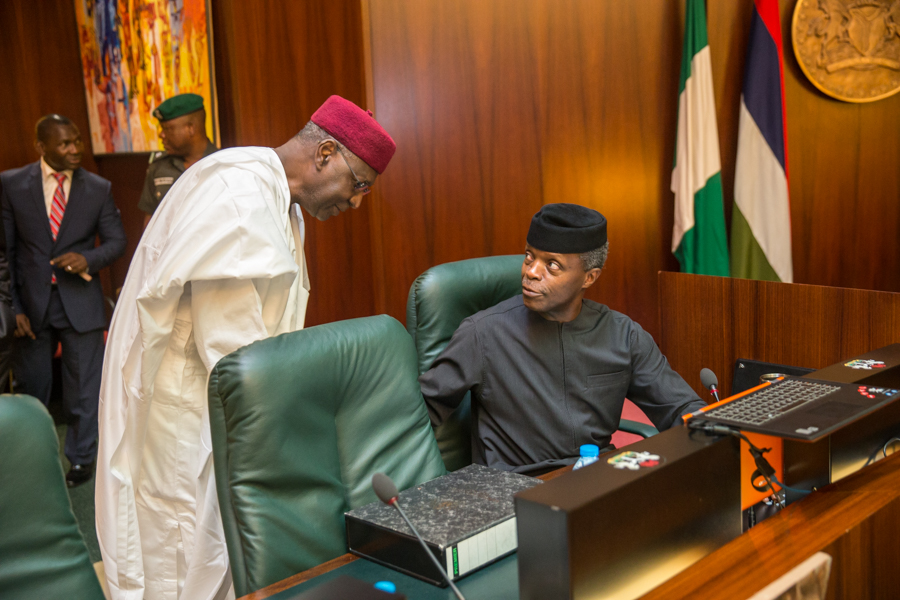 [dropcap]A[/dropcap]cting President Yemi Osinbajo is to swear in two members of the Buhari cabinet on Wednesday, according to the  presidency late Tuesday.

“AgP Osinbajo would be swearing in the two new ministers already confirmed by the Senate tomorrow morning at the start of the Federal Exco meeting, he revealed in a tweet.

Per Second News gathered that before the commencement of the FEC, the ministers-designate will take their oaths of office in the Council Chambers of the Presidential Villa.

To be sworn in are Prof. Stephen Ocheni from Kogi and Mr Suleiman Hassan from Gombe State.

Buhari had forwarded the names of the ministerial nominees to the Senate as replacements for late Mr James Ocholi (Kogi) and Mrs Amina Mohammed (Gombe).

Ocholi, who was Minister of State for Employment, Labour and Productivity, died in an auto crash in 2016.

Mohammed, Minister of Environment, stepped down to take up the post of Deputy Secretary-General of the United Nations.