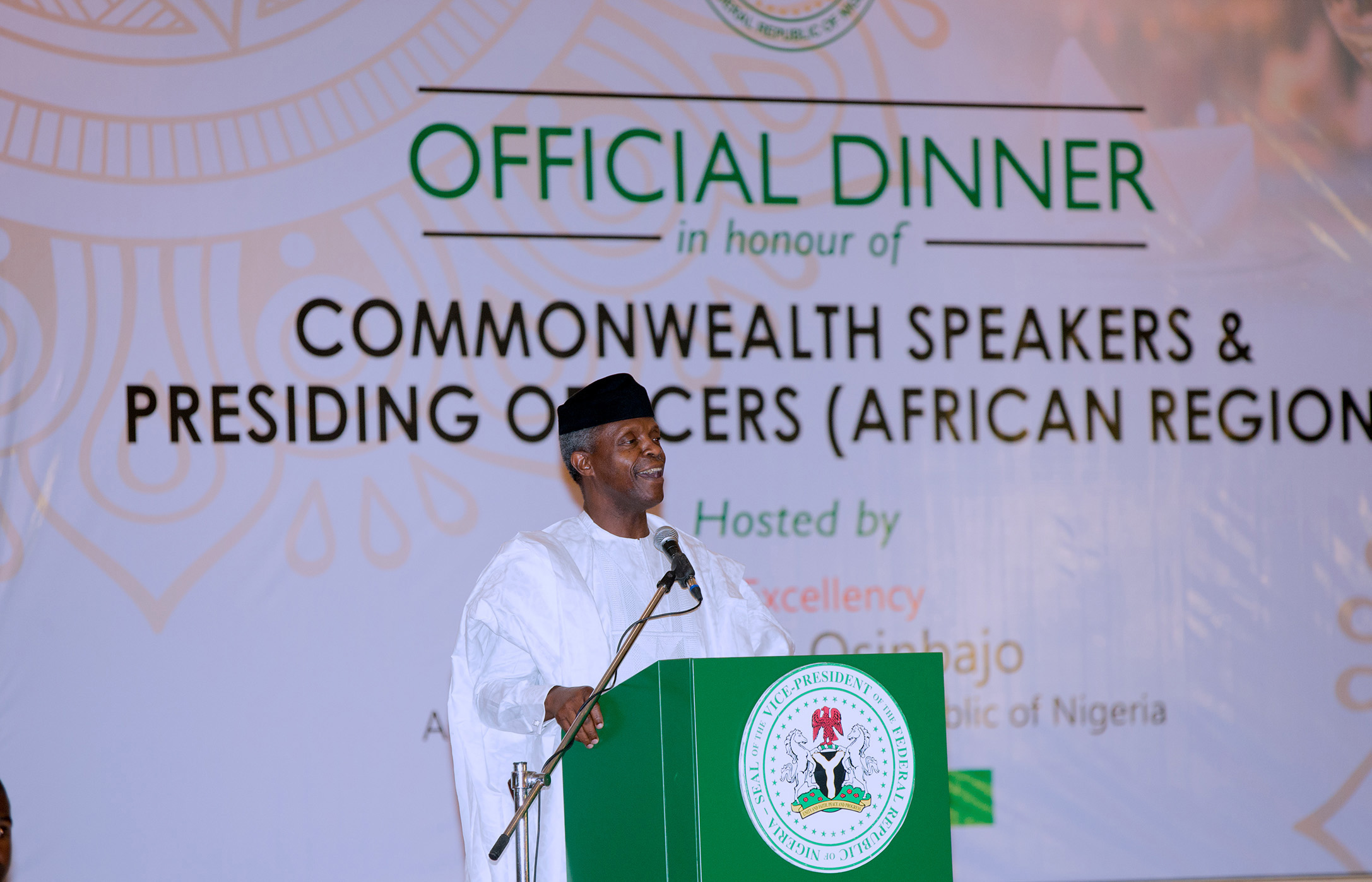 ” Here in Nigeria what makes the news is the conflict between the executive and the legislature. The more dramatic the alleged conflict the more newsworthy. There’s something about rumours of us wrangling and quarrelling that always seems to catch and hold the attention of our friends in the traditional and social media, he said at a dinner of the Commonwealth Speakers conference, in Abuja. 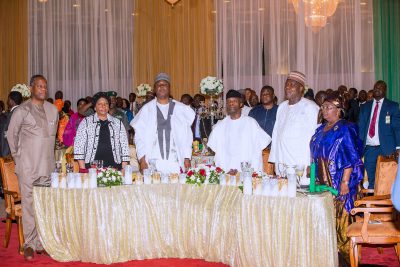 “If you closely follow the news here for example, you will regularly be confronted – especially in recent weeks – by ‘Exclusive’ and ‘Breaking News’ reporting of several different stories of conflict between the executive and the legislature.”

“Now anyone who sees the combined size of the distinguished Senate President and the Rt. Hon. Speaker compared to mine must know that it would be a suicide mission to threaten either of these two gentlemen let alone both of them.”

The acting president challenged the reluctant National Assembly to stop the political circus and get to work. 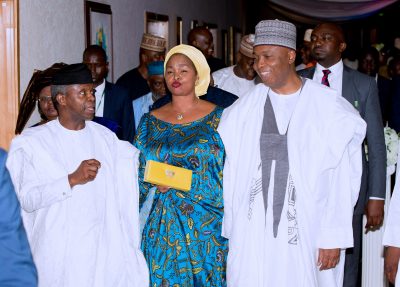 “When we work together we can make the quantum leaps in bettering the lives and livelihoods of our people.”

“It is therefore my submission that the burden that the privilege of leadership places upon us is that our tenured positions in the executive and legislature must not be wasted on conflicts and division. The problems are too grave, the lives and livelihoods of millions depend on our cooperation, we cannot afford to fail.”

“The responsibility that privilege and power place upon us is to do our utmost to change the current bleak narratives and projections for our nation and the world.”

“The problems are too grave, the lives and livelihoods of millions depend on our cooperation we cannot afford to fail, he said.