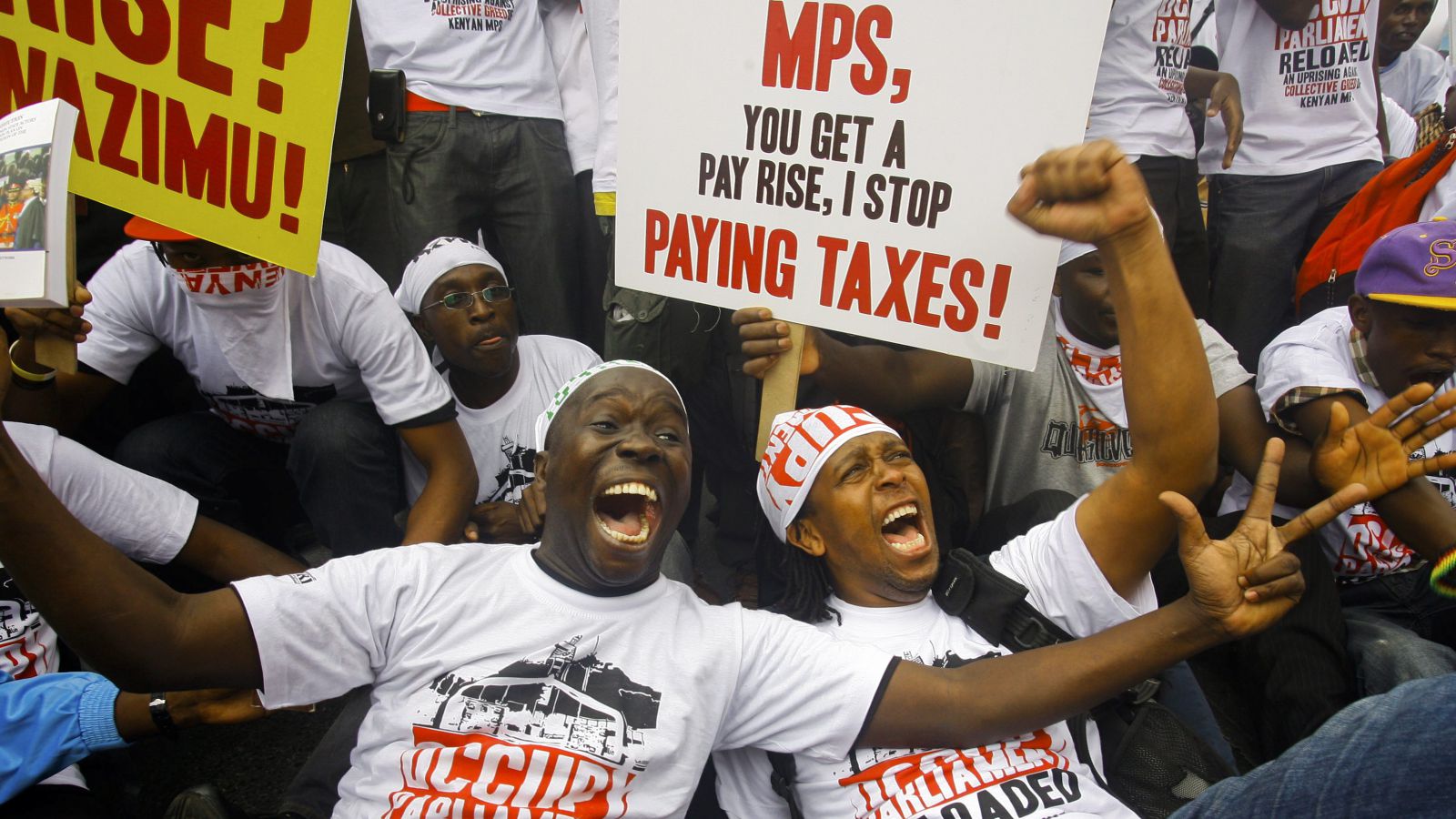 [dropcap]A[/dropcap]uthorities in Kenya is set to cut the salaries and allowances of top state officers in a bid to reduce the country’s wage bill to sustainable levels and to improve government service delivery.

The decision is being made just weeks to a closely fought election and with a backdrop of protests and strikes over low pay by doctors, nurses and teachers among other workers over the last year.

Per Second News gathered that Government officials from the president and lawmakers down to members of county assemblies will all have their salaries slashed.   The government will no longer pay or reimburse special benefits like car grants and allowances for attending parliament, according to a new structure released by the independent Salaries and Remuneration Commission.

President Uhuru Kenyatta has been calling for cuts to the public sector wage bill, saying it threatens to destroy “our development agenda as a nation.”

Kenya could save up to 8.853 billion shillings and will help bring the public sector wage bill to levels of below 35% of domestic revenue from its current 52%, said the Commission. The cuts also affecting electoral commissioners, governors, besides parliament and senate speakers.

Before the Commission came into effect in 2013 legislators had set, and typically increased, their own pay—a move that has led to protests, with members of parliament being called “MPigs” and parliament branded as “a piggy bank.”

The recommended remuneration structure will take effect after the August elections, and is expected to last until the next elections, in 2022. The salary commission said it took into account the performance of the economy, the cost of living in the country, and the taxes collected, to reduce or abolish some of the generous allowances, and to prescribe fixed-term salaries. Cabinet members, defense, navy, police, and intelligence chiefs will also have their salaries reduced.

The new cuts present an interesting turn for Kenyan lawmakers, who are among the best paid in the world relative to their economy’s output. The legislators reportedly earned 76 times the nation’s per capita gross domestic product, according to a 2013 study by the UK’ Independent Parliamentary Standards Authority and IMF.

Kenya is not alone in Africa in having highly-paid elected officials. It is still a distant number two to Nigeria, whose lawmakers earned as high as $160,000 (depending on exchange rates) in terms of their high salaries and extremely generous perks such as a wardrobe allowance.

KenyaLawmakersSalaries
Share
Subscribe to our newsletter
Sign up here to get the latest news, updates and special offers delivered directly to your inbox.
You can unsubscribe at any time