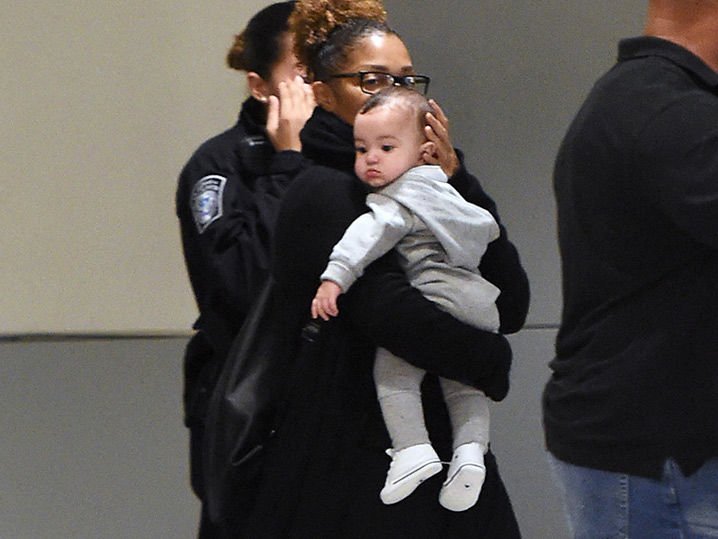 The elusive singer was caught walking through the airport carrying the little one, who was born in London back in January. Janet is currently in divorce court with the boy’s father, Qatari billionaire Wissam Al Mana.

According to TMZ, this excursion might be Eissa’s first ever on American soil.

So far, no word on child custody arrangements or where the baby and mom will reside.

Star Magazine is reporting that Janet, 51, has put a $200 million divorce payout on the table as a way to take Eissa with her on tour in September. “She told Wissam that she won’t take a dime of his money so long as he lets her take Eissa with her,” said a source.

It was reported that Janet’s brother Randy will be on babysitting duty during the tour, but Al Mana “won’t sign off on the arrangement,” a source tells Star. “He’s never been a fan of Janet’s family and doesn’t think tour busses and private jets are any place to raise a child.”

JacksonJanet
Share
Subscribe to our newsletter
Sign up here to get the latest news, updates and special offers delivered directly to your inbox.
You can unsubscribe at any time

Learn from the mistakes of existing political parties to take Nigeria out of the woods, IBB charges APDA leaders