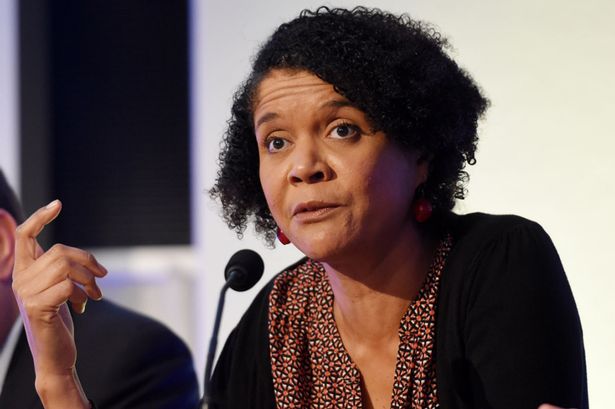 [dropcap]C[/dropcap]hi Onwurah, the Member of Parliament representing Newcastle Central in the UK House of Commons and my former colleague at the State House, Molara Wood, met recently at the 2017 Caine Prize for African Writing award ceremony. When Molara informed Chi that her re-election along with six others had caused so much excitement in Nigeria and even produced official letters of congratulation from both the Federal Government and Abike Dabiri, the Senior Special Assistant to the President on Diaspora Affairs, Onwurah’s sharp retort was: “I’m British, not Nigerian”.

This has generated so much debate in Nigerian social media, but most of the comments do not really go to the heart of the matter. The place to begin is to break down Chi Onwurah’s comment. She seems to be saying: “why would my re-election be of such importance to Nigerians and the Nigerian government, I am not one of you”. Or something like: “What is my business with Nigeria?” Or: “Come on, Nigeria! Yes my father is from there, but I-am-British!”.

Chi Onwurah MP probably did not get a copy of the letter of congratulations sent to her. I wouldn’t be surprised if nobody had enough presence of mind to ensure actual delivery of the letters, despite the media show-off. She may not even be aware of the excitement here over the June 8 parliamentary elections in the UK. The issue for Nigerians was not Brexit, not Theresa May’s troubled political fortunes, but the fact that seven persons of Nigerian descent are MPs in the UK, namely Chi Onwurah, (Newcastle Central), Kate Ofunne Osamor (Edmonton), Kemi Badenock (Saffron Walden), Chuka Umunna (Streatham), Bim Afolami (Hitchin and Harpenden), Fiona Onasanya (Peterborough) and Helen Grant (Maidstone and the Weald).

No one among this group of seven with Nigerian ancestry is a tyro in British politics, nor is there anyone of them that is a product of the Nigerian educational and cultural system either. They are not immigrants, not been-tos, but products of the British system. One of them, Fiona is in fact aspiring to become Britain’s first black female Prime Minister. It would be interesting to know how the sextet that Molara Wood did not meet would have reacted to their being confronted with their Nigerian connection. They probably would also have responded in the same manner in typical British accent: “I’m British, not Nigerian.”

The key message in the letters by the Federal Government and Abike Dabiri is that the group of “British-Nigerian seven” in the UK parliament has individually and collectively made Nigeria proud. A few weeks earlier, another Nigerian in the UK, Anthony Oluwafemi Joshua had won the World Boxing Heavyweight unified Championship. Joshua, whose mother is from Sagamu, not only identified with Nigeria, his kinsmen staged an elaborate street party. They are also preparing to welcome him home anytime soon. But Chi, Bim, Kate, Kemi, Chuka, Fiona, and Helen are not identifying directly with us. The Nigerian government and people have not done anything wrong getting excited over their achievement, though. The famous seven are entitled to Nigerian citizenship by virtue of the relevant provisions in the Nigerian Constitution. Should they go to the Nigerian High Commission in the UK today and ask for a Nigerian passport, they are perfectly entitled to it.

This attachment defines whether a person holds on to and cherishes the citizenship of a country or renounces it. In 2016, 5, 411 Americans, 26% more from 2015, renounced their citizenship of the United States, most of them for tax avoidance reasons. In May 2017, 335 foreigners, from Lebanon, Syria, Pakistan, Rwanda, Cape Verde and other African countries opted for Nigerian citizenship, most of them for business and marital reasons. But whereas Nigeria recognizes dual nationality (Section 28, 1999 Constitution), there are Nigerians in diaspora who for economic reasons have had to renounce their Nigerian citizenship, or others who due to near-absolute disconnection with the Nigerian system have never bothered to affirm their Nigerianness and are hence “lost” to Nigeria.

Culturally, Africans are attached to their children wherever they may be in the world. When they do well, they want to claim them and identify with them. The other side of this is that due to economic migration, exodus into exile, the fact of globalization, and the difficult conditions at home, many Nigerians in diaspora are almost completely alienated from home. There is also a growing generation of Nigerian children abroad who qualify to be Nigerian citizens but who will insist that they are not Nigerian because they have no sense of place or home that connects them to their original roots.

Chi Onwurah is actually Chinyelu Onwurah. Chinyelu in Igbo means “abundant gift of God.” With her numerous achievements, she is truly an abundant gift from God. She was born in Newcastle, and was brought to Awka, Nigeria in 1965 as a baby. When the civil war broke out in Eastern Nigeria, her father joined the Biafran army. She and her siblings and their mother would later return to Britain as refugees in 1967. If Chinyelu had ever returned to Nigeria since then, or speaks Igbo or has any close relationship with her Nigerian relations, she doesn’t quite say. In her profile, she reports: “I was born in Wallsend, grew up on Hillsview Avenue in Kenton and went to Kenton School before studying Electrical Engineering in London. I have lived in many different cities around the world, without ever for a moment forgetting where I am from: Newcastle. My values and beliefs were formed in Newcastle based on the people I grew up with and my own experiences.

“My maternal grandfather was a sheet metal worker in the shipyards of the Tyne during the depression. My mother grew up in poverty in Garth Heads on the quayside. In the fifties she married my father, a Nigerian student at Newcastle Medical School. In 1965 I was born, whilst they were living in Long Benton where my father had a dental practise. I was still a baby when my father took us to live in Awka, Nigeria. But two years later the Biafran Civil War broke out bringing famine with it and, as described vividly in an Evening Chronicle article in 1968, my mother, my brother and sister and I returned as refugees to Newcastle, whilst my father stayed on in the Biafran army.

“This early experience of the impact of war on ordinary families left me with a strong sense of my own good fortune in living in a peaceful parliamentary democracy where it is possible to bring about change without taking up the gun or the sword. I am not a pacifist; I believe that our country is worth defending and fighting for.”
This interesting narrative should be underlined in parts. Her strongest memory of Nigeria is the civil war. But she talks about her “good fortune” of growing up in peaceful Britain, and when she refers to “our country”, the country of reference is not Nigeria but Britain and the city of her choice is not Awka, but Newcastle, which she says she cannot forget for a moment. There are many persons of Nigerian descent of her type who do not feel a sense of attachment to Nigeria. They belong elsewhere, to a country of their own not the country of their parents. The likes of President Barack Obama and Anthony Joshua who continue to identify with their ancestral roots are in the minority. In a post-modern society, identity is not exclusively constructed by ethnicity, religion, name and naming, or sexual orientation, but by a complexus of subjective and objective factors.

People identify with a place or home, or culture when there is a sense of shared space, or shared values or experience. This sense of closeness/identification limits that sense of “otherness” or alienation, and forms the core of a person’s self-definition. Hence Chinyelu Onwurah tells us: “My values and beliefs were formed in Newcastle based on the people I grew up with and my own experiences.” Unfortunately, over the years, Nigeria has developed a culture, through negligence, ignorance and poor governance, a culture of neglecting its people, and treating them shabbily. Countries that build their peoples into a community across borders, at home and be they in diaspora are countries driven by people-oriented values. I can bet that until the British-Nigerian Seven in the UK Parliament became newsmakers, the Nigerian High Commission in the UK most likely never had any contact with them. Nobody there may even have their phone numbers.

And if the fault is not that of our High Commission, let us return to the point about identity politics then. How many successful Nigerians in diaspora would even readily identify with other Nigerians or with Nigeria? With many Nigerians involved in crime or one scam or the other and grabbing negative headlines, you cannot really complain too much about the Uncle Tomism of many of the successful ones in diaspora and their complete distanciation from all things Nigerian. There is also that other crowd that feels cheated by Nigeria whose attitude is far worse than that of the culturally and socially alienated.
There have been reports for example, of persons, especially athletes, who have renounced their Nigerian citizenship and have become winners of medals for other countries. In Bahrain alone, we have quite a number of Nigerian athletes who have since turned their backs on Nigeria. They include Endurance Essien Udoh (now Iman Isa Jassim), Lolade Sodiya (now Basira Sharifa Nasir), Abbas Abubakar, Femi Ogunade, Kemi Adekoya and Aminat Yusuf Jamal. One other athlete, Gloria Anozie (Sydney Olympics medallist) was so angry with Nigeria, she is now a citizen of Spain.

I hope no one will make the mistake of insisting that Nigeria would like to honour the seven British-Nigerians in the UK parliament. They may not be too excited; for them their Nigerian identity is perhaps at best, an ascribed identity. They are happy to belong, like Chinyelu Onwurah, to a “peaceful parliamentary democracy” where there are no kidnappers like Evans who break the law and resort to blackmail, dancing, singing and jollofing Senators who are interested in power struggle rather than making laws for good governance, a government that enjoys breaking the law and the legs of the opposition, and a country that is determinedly adrift, politically and economically. The British deserve their Chinyelu just as she deserves the Britain of her choice. But if she ever remembers her Nigerianness and would like to return home someday, I have no doubt that Nigeria will welcome her with open arms.

BritishChiMPOnwurah
Share
Subscribe to our newsletter
Sign up here to get the latest news, updates and special offers delivered directly to your inbox.
You can unsubscribe at any time

Paris Club Refund: The collusion and looting of Nigerian state