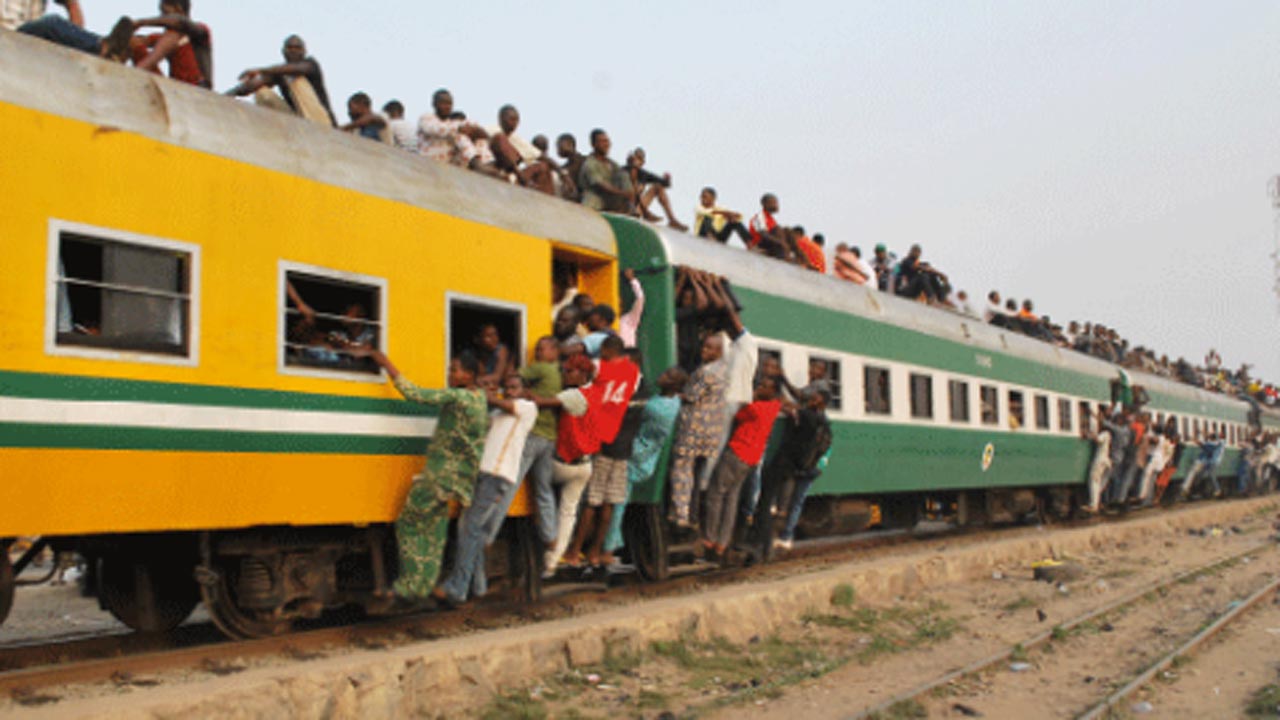 Anti-graft agencies of the Federal Government has commenced investigation into how a Nigerian company, ‘Lingo Nigeria’

believed to be owned by a hotelier Mr. Linus Ukachukwu, in partnership with an offshore company Strasky Husty and Partners, which is said to be a dormant company in Europe, were awarded and paid  $356m contract for the rehabilitation of (Lot 3) Kuru to Maiduguri section of the Nigerian Railway Corporation’s Eastern line of the Calabar to Maiduguri rail line.

Ukachukwu, who is an Abuja based hotelier is said to have secured a $356 million contract during the administration of former President Goodluck Jonathan for the construction of the Kuru- Maiduguri portion of the railway project but failed to execute the contract job.

Persecond News gathered that the rip-off of the federal government stated in 2011, when the Federal Executive Council (FEC), awarded some contracts.

The contract, according to a competent source, was awarded on; ”Rehabilitation of the Railway Track Network-Easter Line Contract 7’’ (km 803 to km 1443Kuru to Maiduguri) in which the contractor was listed as “Messrs Lingo (Nigeria)Limited in association with Strasky Husty and Partners Limited of Czech Republic.”

A cursory look at the contract documents made available to our correspondent showed that the contract cost in Naira value was N23,720,359,033.79 with a completion period of 10 months for which the dollar equivalent of $356 million was paid as mobilization to site. But, the contract was abandoned shortly after the company collected the $356 million.

Commenting on the matter, the former Director of Press in the Federal Ministry of Transport Mr. Abiodun Oladunjoye, said that former minister of Transport, Senator Idris Umar had during an inspection of the Lot 3 (Kuru to Maiduguri) visited Government House, Gombe during which he commended former President Jonathan for the railway project.

He however added that during his inspection of the Bauchi-Gombe-Bajoga (part of the Lot 3) being handled by Lingo Nigeria Limited, Senator Umar expressed disappointment at the level of work done and pointedly said the work done on the project was unacceptable.

Attempt by the Project Manager of Lingo, Architect Jerry Nweke to place the slow and shoddy pace of work on security challenges and late arrival of some of the imported components of the project was merely seen as window dressing.

He further said that having noted that the reasons he tried to adduce for the slow pace of work were not acceptable to the former minister, Nweke promised to get the project advanced to 60 per cent completion level by May of 2012 since the Federal Government was not owing the company any money.

Further checks by Per Second News indicated that it was the colossal amount paid to Strasky Husty that prompted the probe by the European, whose findings has left everyone with mouth wide opened.

Significantly, it was discovered that Strasky Husty and Partners is a private company incorporated on September 12, 2002, with registration number 04533738 and office address situated at 9 Station Parade, Uxbridge Road, Ealing Common, London W5 3LD.

A perusal at the company based on documents made available to our correspondent indicated that the company’s area of business include:42110-construction of roads and motorways;42130-construction of bridges and tunnels while the most astonishing part of it showed that it is a 99999-dormant company.

The implication of the deal meant that a dormant European company got a grade ‘A’ contract in Nigeria even when the same company has an authorized share capital allotted and fully paid with aggregate nominal value of one hundred Pounds.
This development led investigators to point at the railway swindle to be one of the main cases of money laundering ever recorded in the country and an open case of stealing of public funds in the country.

Accordingly, security personnel carrying out the investigations are believed to have already established the fact that neither Lingo Nigeria nor Strasky Husty has ever handled any construction of road or culvert.

In this wise, investigators have discovered that the two companies partnering on the rail project have no experience whatsoever in Railway construction. It is on this note that investigators are desirous of knowing how the companies were able to secure such a multi- million dollars contract that was approved by the Federal Executive Council.

Curiously, when the dragnets of the investigators extended to the Nigerian side of the deal, it was confirmed that five companies linked to former First Lady, Mrs Patience Jonathan, that included; AM PM Global Network Limited, Pansy Oil and Gas Ltd, Flinchey Top Homes, Aribawa Aruera Foundation and Pagmat Oil and Gas Ltd, whse multiple accounts were frozen by a Federal High Court in Lagos on December 24, 2016 are directly linked to the hotelier Mr. Ukachukwu.

For instance, Mr. Ukachukwu’s Lingo is believed to be behind the failed Kuru-Maiduguri railway contract in partnership with Strasky Husty that I equally under serious investigation by European investigators.

Forefront Mews also gathered that there is astonishing evidence to prove that Ukachukwu companies benefited from more mouth-watery pacts during the last administration.

For instance, on December 6, 2012, Ukachukwu received and signed for AM–PM Global Network Limited as its Managing Director in investigators said falls into the discredited land swap in the Comprehensive District Development Agreement between the Federal Capital Development Authority and AM-PM Global Network.

Further perusal of the agreement showed that; “all land measuring approximately 2,895,100 square metres (two million eight hundred and ninety five thousand, one hundred square meters) in Burum West “B” district within phase IV of the Federal Capital City” were given to AM-PM Global.

Similarly, investigators have also confirmed that Ukachukwu is a signatory of two accounts at Diamond Bank, the current accounts of AM-PM Global Network limited with account number 0026718889 and 0029499987 just as it was also confirmed that he signed and collected the Right of Occupancy (R of O) of Finchley Top Homes from AGIS and runs the accounts of Aribawa Aruera Foundation (account no:1222014221) domiciled at Ecobank with a closing balance of N479,893,431.01 (four hundred and seventy nine million, eight hundred and ninety thousand, four hundred and thirty one naira, zero one kobo).

Further checks revealed that Onyx Hotel Garki, Area 11, Lingo Estate Abuja, Nzube Estate Abuja, Multi-billion Naira Eagle Aluminium Company Awka and Abuja are all under investigation for being beneficiaries of proceeds of money being proceeds of alleged crime.
So far, investigators have established that Lingo Nigeria Ltd was registered with the Corporate Affairs Commission in June 1992 as a General Merchant company with initial capital of N100,000.00(One hundred thousand Naira).

The disturbing trend however remains that while the European investigators are believed to have far with their probe, not much ha been achieved at the Nigerian end owing to legal encumbrances in addition to the fact that Ukachukwu is said to be enjoying some protection by some powerful forces.

Surprisingly, no arrest has been made in Nigeria in connection with the Railway scam which is believed to have caused outrage among European investigators.

In spite of the difficult environment for the investigators, there is a ray of hope for the probe panel owing to the interest and attention the President Muhammadu Buhari-led administration is paying to the stolen Railway project funds.

Towards this end, the Minister of Finance, Mrs Kemi Adeosun has given the assurance that European investigators will be contracted to help trace stolen funds, just as the Acting President, Professor Yemi Osinbajo was quoted as having said that efforts would be stepped up towards the recovery of the monies, in addition to sanctioning treasury looters.

Power Over Budget: Court Rule In Favour Of NASS