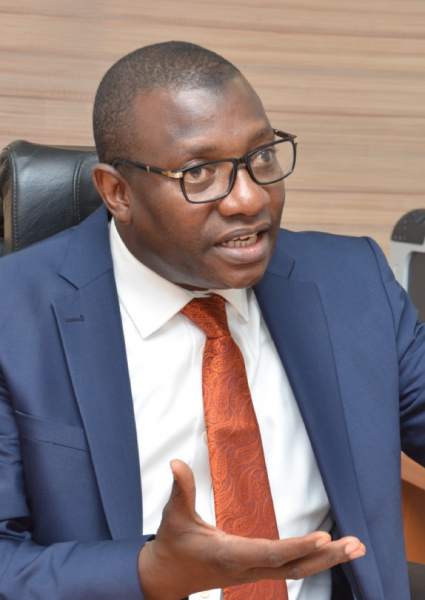 Upbeat by the successes being recorded in the fight against crude oil theft and pipeline vandalism, the Chief Investment Officer of the NNPC Upstream Investment Management Services (NUIMS), Mr Bala Wunti, says the identities of oil theft suspects will soon be disclosed to Nigerians.

Wunti, who featured on Arise News Channel’s, “The Morning Show”, said the successes recorded in the fight against crude theft saw Nigeria’s oil production climb up to 1.59 barrels per day following an improvement in the security architecture driven by technology.

He said the achievements were cumulative results of technology, improved security architecture, the synergy between the government security agencies, private security contractors, and the community assistance.

“We are still making a lot of improvement and that’s what you call the 3DR: we first detect, we deactivate, and we destroy and then we remove.

“The success that we recorded today was essentially because of this improved security situation. We’re now almost at an average of 350,000 barrels increase. At a certain level, we recorded up to 450,000 increase at a given year.

“So you can see, we are now from 1.1 barely to about 1.59 barrels this morning. So these are some of the things we have been able to record on the new security architecture.

“I can tell you that we have successfully to some extent stopped this menace,” Wunti said.

He said the names that would be announced soon as culprits will shock Nigerians.

He said more arrests had been made since the Group Chief Executive Officer of NNPC, Mele Kyari, first spoke about those arrested in connection with the criminal oil theft.

“As I speak to you now, some of them are undergoing prosecution. There are certain things to be done in terms of the announcement. The government, particularly the intelligence agencies including the Financial Intelligence agency are following the money.

“The question is when? And I think when government agencies and intelligence agencies have concluded what they are doing, I’m sure everybody will get to know who are involved. As to who and who? Eyes will be shocked,”Wunti said.

On the current fuel scarcity in the country, Wunti blamed the situation on the hiccups on product distribution system, saying supply was not the reason for the disruption in the value chain.

He explained that the task of making any product available rests on 4As — making available, affordable, accessible.

Wunti explained that guaranteeing security of products rests on the supply, distribution and retail, pointing out that the challenge in Nigeria has always been more around distribution than supply.

He disclosed that about two billion litres of petrol are currently in stock but that the volume would only make an impact on the people if all the product was sent to filling stations across the country.

Wunti stressed: “Needless to say, 60 to 65 per cent of the country source their product from Lagos. At the last count, we only have 35,000 trucks. That 35,000 crisscross this country.

“They go to Maiduguri, Sokoto, Calabar and the rate at which they make their turnaround has changed significantly from one week to 10 days. Now, they hardly do once in a month. That brought about several constraints.

“We all know what the problem was in the last supply disruption. Around Apapa axis, there was a blockage. No truck loaded can leave and that created a problem.

Wunti assured that all the stakeholders were working round the clock to ensure that the issue was resolved, adding that there is enough petrol that would last beyond the Yuletide.

Bala WuntiNNPCLOil Theft
Share
Subscribe to our newsletter
Sign up here to get the latest news, updates and special offers delivered directly to your inbox.
You can unsubscribe at any time