The Nigerian Ports Authority (NPA) has been conferred with the “Best Maritime Agency of the Year 2022’’ as the regulatory body in the industry weeks after it received an international award for transparency in its port operations.

The award, according to the Board and Editors of Daily Telegraph Publishing Company Limited, publishers of the New Telegraph newspapers, is in recognition of the bold steps by the NPA under the management of Mr Mohammed Bello-Koko to eliminate systemic corruption and other criminal practices at the nation’s seaports.

Reacting to the honour, NPA’s Managing Director, Mr. Bello Koko Mohammed, said the recognition of the authority’s initiatives geared towards equipping Nigerian Ports for greater efficiency is appreciated and can only spur the agency to continue to advance the frontiers of trade facilitation.

Receiving the award on behalf of the NPA, Executive Director Marine & Operations, Hon Onari Brown, said the award will motivate the NPA to do better.

“I thank the organisers of the award for this and on behalf of the staff and management of the NPA, we appreciate this award.”

A Switzerland-based Basel Institute had recently given NPA “Outstanding Achievement in Collective Action Award” for the management’s initiative in instituting transparency in its operations.

Persecondnews reported that the international award was presented to Vice-President Yemi Osinbanjo (SAN) at the Presidential Villa, Abuja, on Monday by Mr Olusoji Apampa, the Co-founder of NPA’s Civil Society partner, the Convention on Business Integrity (CBi).

In March 2022, the Managing Director/ CEO of NPA, Mr Mohammed Bello-Koko had received members of the Maritime Anti-Corruption Network (MACN) led by Apampa, at the Authority’s head office in Marina, Lagos. 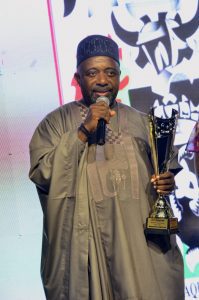 He had reiterated the Authority’s commitment to complying fully with the standard operating procedures (SOPs) as stipulated in the Nigerian Port Process Manual (NPPM) which NPA funded to enhance operational excellence and service delivery at all Nigerian seaports and terminals.

However, a letter addressed to the CEO of NPA and signed by the Managing Director/Editor-in-Chief, Mr Ayodele Aminu, stated: “Following the challenging business operating environment, there is the need to continually identify, assess and reward successful brands and organizations that have made their mark in their sectors.

“As one of the country’s maritime agencies, Nigerian Ports Authority, under your leadership, has impacted so significantly on port development in the country making Nigerians to believe that sooner than later, the port industry in the country would become the most attractive maritime cluster in West Africa. 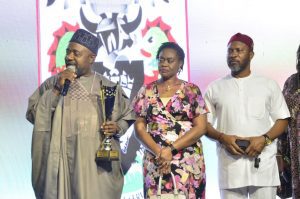 “Also, with your bold steps to eliminate systemic corruption and other criminal practices at the nation’s seaports, it is believed that Nigerian seaports under your leadership will become the first choice for shipping lines, ship agents, importers and exporters, clearing agents among others.

Daily TelegraphMaritimeMr Mohammed Bello-KokoNPA
Share
Subscribe to our newsletter
Sign up here to get the latest news, updates and special offers delivered directly to your inbox.
You can unsubscribe at any time