Information pieced together by Per Seconds News revealed that bereaved Davido who was planning to have a big 30th birthday celebration later in the year was quickly rushed to his father’s house in Lekki where he was later joined by Chioma. 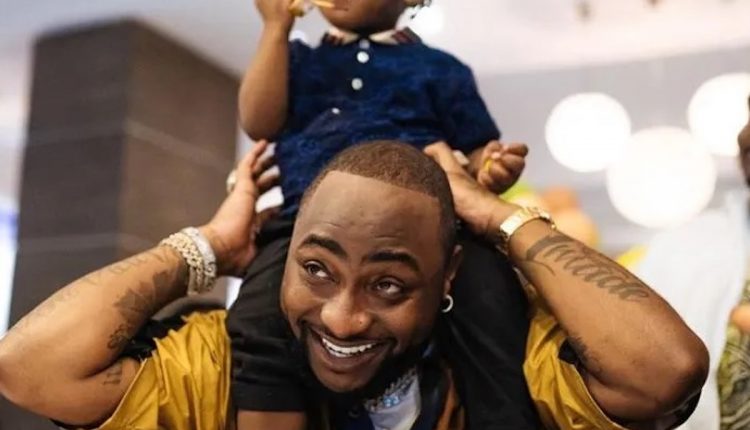 Nigerian music star, David Adeleke, famously known as Davido and his wife, Chioma, are currently devastated over the death of their child, Ifeanyi who drowned in the swimming pool of their palatial Banana Island house in Lekki, Lagos, on Monday evening.

The death of Ifeanyi came as a shock to Davido, who is said to be preparing for his 30th birthday celebration, which would be followed by a carnival-like wedding ceremony between him and mother of his child, Chioma.

Per Seconds News gathered that Davido and Chioma were in Ibadan on Sunday for a family event but returned to Lagos on Monday afternoon to receive the shocking news of the death of their son who clocked three last week Thursday.

Davido and his crew were left in a state of confusion as none of them could explain how Ifeanyi got into the swimming pool and stayed under water for more 30 minutes before help could come for him.

It was gathered that the deceased’s caregivers noticed the boy’s sudden disappearance from the house around 6pm and started looking for him until they rushed to swimming pool side where they noticed a strange movement inside the water.

They were said to have rescued Ifeanyi who had drowned and rushed him to a Lagos hospital where he was pronounced dead on arrival by the doctor on duty.

The news of the Ifeanyi’s death was said to have rattled the entire 30BG crew led by Davido as they rushed to the hospital to receive the shocking news that Ifeanyi didn’t make it.

It was learnt that before the arrival of Davido at the hospital where efforts were made to revive his boy, no member of his crew or the aides were allowed to go inside the hospital except Davido and two of his close friends.

Others were told to wait outside and warned not to release any information about the incident to the public.

This explained why none of them could confirm the incident despite series of calls made to their phones by friends and families of the singer.

As soon as news filtered into the social media space that Davido’s son had died in a swimming pool inside the singer’s house, the entertainment industry was thrown into confusion with some of his colleagues praying and wishing that the news was not true.

The social media space became tense when actress Eniola Badmus posted a broken emoji on her Instagram page later in the evening sending shivers down the spine of many who had stayed up late to confirm if the news was true.

She was forced to pull down the post following backlash from fans who blasted the actress and asked her to wait for Davido to break the news himself.

Information pieced together by Per Seconds News revealed that bereaved Davido who was planning to have a big 30th birthday celebration later in the year was quickly rushed to his father’s house in Lekki where he was later joined by Chioma.

The tragic news has been trending globally, with fans and colleagues from the entertainment industry sending their heartfelt condolences to the couple who are said to be planning for formalize their union next year.

During a trip to London last month, he and Chioma announced they would be getting married.

A source who had confirmed the news of Ifeanyi’s death to Per Seconds News on Monday morning dismissed insulations that the singer ignored the prophetic revelation about his family, saying “those who know David would tell you how serious he is when it comes to spiritual matter.

“We have heard series of prophecies and we always adhere but no one could question God on this particular incident.”

The mood in the singer’s camp as of Tuesday evening remained pensive as no one could explain what the outcome of police investigation would be after nine of Davido’s domestic staff were invited and detained by the police.

A source reliably told Per Seconds News that all engagements regarding bookings and shows have been canceled for now until Davido decides otherwise.

Though the police denied that the domestic staff were arrested, insisting that they were “brought to the police for questioning.”

The Public Relations Officer of the state police command, ASP Benjamin Hundeyin, confirmed that Ifeanyi’s death was reported to the police on Monday.

” Yes I can confirm the death of Davido’ s son to you. The case was reported to the police on Monday.

“We have not arrested anybody but eight members of Davido’ s domestic staff have been brought for questioning.”

DavidoIfeanyi AdelekeWater Accident
Share
Subscribe to our newsletter
Sign up here to get the latest news, updates and special offers delivered directly to your inbox.
You can unsubscribe at any time

You have caused more harm than good to my life, BBNaija’s Phyna blasts fans