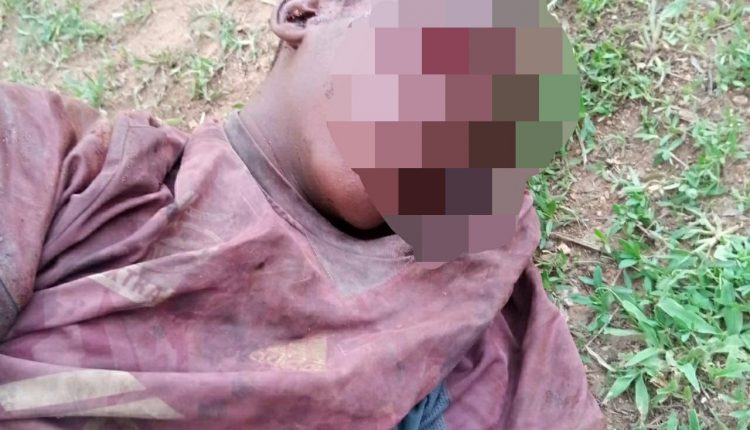 A teenager, Uzairu Salisu, has had his eyes plucked out by his ‘friend’ in the Dutsen Jira area of Yelwa area, Bauchi State.

Persecondnews gathered that 16-year-old Salisu’s eyes were forcefully removed by one Ibrahim of Rafin Zurfi, who carried out the dastardly act by luring him into the bush for a menial job on his farmland.

Confirming the incident to newsmen on Friday, the spokesperson of Bauchi Police Command, DSP Ahmed Wakil, said the victim has known Ibrahim of Rafin Zurfi for some time.

He said: “At about 1800hrs (on Thursday), a distress call was received from the Ward head of Birshi Mohammed Lawal, that a boy of about 16 years was found in his pool of blood with two of his eyes removed at Dutsen Jira of Yelwa area Bauchi in metropolitan area.

“A team of Policemen led by DPO of Yelwa division moved to the scene of the crime and evacuated the victim to Abubakar Tafawa Balewa Teaching Hospital Bauchi (ATBUTH) for treatment.

“The victim stated that One Ibrahim of Rafin Zurfi whom the victim has known for some time lured him to a bush for a menial job on his farm where the suspect used a cable wire to strangulate the victim and remove his two eyes.

“While the victim is currently in the hospital receiving medical attention as demanded by global best practices, the general public will be updated as the investigation unfolds.

“To this end, the Commissioner of Police reiterates the need for parents and guardians to maintain strict vigilance of the activities of their wards.”

ATBUTHBauchi StateCrimeNigerian Police
Share
Subscribe to our newsletter
Sign up here to get the latest news, updates and special offers delivered directly to your inbox.
You can unsubscribe at any time