… aspiring ministers and other appointees to hand in their letters of resignation on or before Monday the 16th of May, 2022 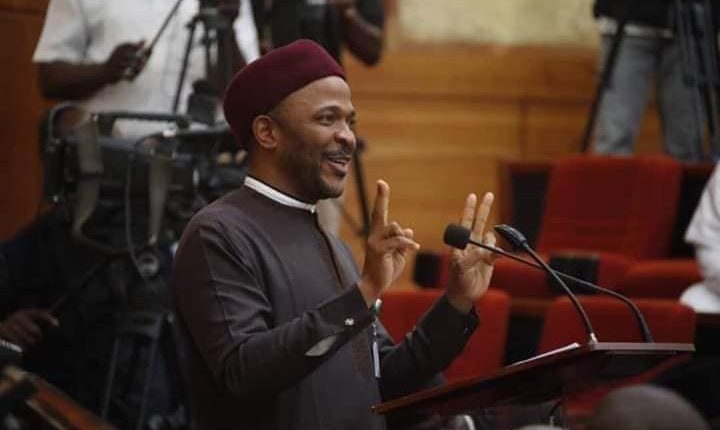 Just before President Muhammadu Buhari blew the gasket on Wednesday at the Federal Executive Council meeting, the Minister of State for Education, Chief Emeka Nwajiuba, had resigned his job of the nine other ministers gunning for elective offices.

Nwajiuba, who had about two ago announced his presidential aspiration on the platform of the All Progressives Congress (APC), threw in his letter since last week, Persecondnews learnt.

“The Honourable Minister of State for Education Emeka Nwajiuba resigned since last week before today’s FEC meeting unlike other ministers,” a credible source at the Presidency told PSN.

It was learnt that Buhari, who had just returned from Abidjan, Cote d’Ivoire where he attended a United Nations-organized conference on the future of land, regarding desertification, drought, degradation, rights, restoration and implications for national and world economies, was enraged by the refusal of his ministers running for elective offices ahead of the 2023 polls to resign.

Buhari had ordered the presidential aspirants and others for governorship and other elective positions to hand in their letters of resignation within the next 98 hours.

Buhari, who had been under pressure from opinion leaders, lawyers and politicians including APC leadership, said on Wednesday: “They are to submit their letters of resignation on or before Monday the 16th of May, 2022.”

The Minister of Information, Alhaji Lai Mohammed, who announced the president’s directive during the meeting, said it, however, excludes the Vice- President, Prof. Yemi Osinbajo (SAN) because he is an elected member of the cabinet.

However, a PSN Investigations show that only the Education Minister (Junior), has resigned and handed in his letter thereby blazing the trail.

PSN had reported that governors of APC-controlled states had already enforced the resignation of their appointees including commissioners wishing to contest election by first subjecting themselves to the party primaries toward securing tickets for the 2023 polls.

APC had released guidelines making it mandatory for political appointees to resign even as the contentious Section 84 (12 ) is still being challenged in court by the Attorney-General of the Federation.

The matter is currently at the Court of Appeal.

Persecondnews also recalls that the Speaker, House of Representatives, Mr Femi Gbajabiamila, had on arrival from the lesser Hajj in Saudi Arabia, advised the ministers and other appointees in the Buhari administration to resign to avert future litigations on their qualifications and eligibility.

Here is the roll-call of the 10 ministers and the offices they are running for:

Others are Mr Abubakar Malami (Justice and Attorney General of the Federation); running for Kebbi governorship seat, and the Minister of State Mines and Steel, Uche Ogar, who is also running for the Abia State governor.

The Minister of Women Affairs, Mrs Pauline Tallen, who has declared her ambition to contest a senatorial seat in Plateau State.

APCPresidential Aspirants
Share
Subscribe to our newsletter
Sign up here to get the latest news, updates and special offers delivered directly to your inbox.
You can unsubscribe at any time