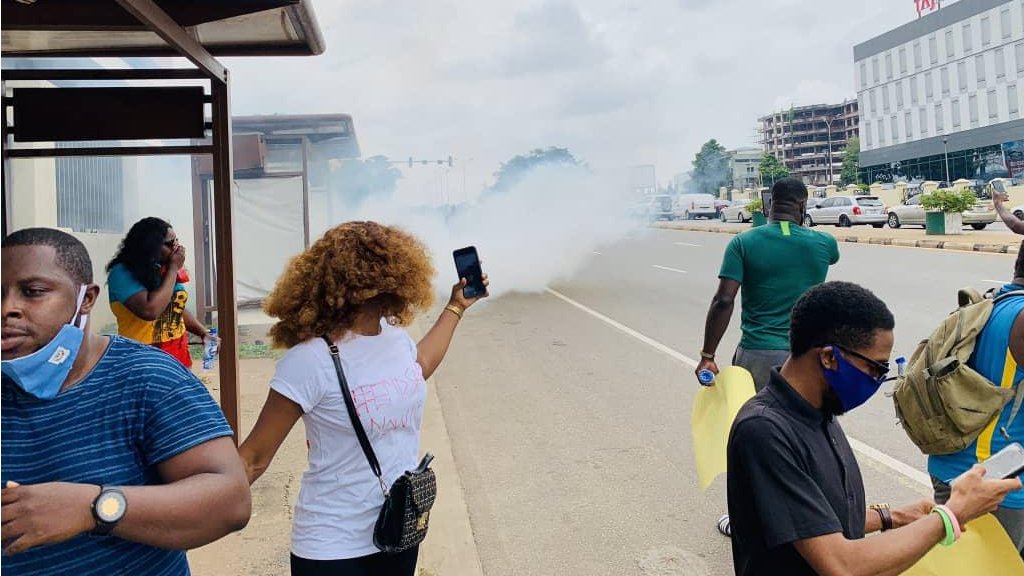 Aug 17, 2022
Contrary to the Federal Government’s claim that no life was lost at the  #EndSARS protest at Lekki Toll Gate on October 20, 2020, the Lagos Judicial Panel on #EndSARS has confirmed a massacre of protesters at the plaza.

According to the finding of the panel, headed by Justice R. Okuwobi, the massacre was carried out by both the military and the police.

Persecondnews recalls that Information Minister Lai Mohammed had spiritedly denied that there was massacre at the Toll Gate, calling Amnesty lnternational, CNN names.

The revelation was contained in the panel’s report submitted to Gov. Babajide Sanwo-Olu on Monday.
The panel questioned the deployment of soldiers to the Lekki Toll Gate as the protest there was peaceful, unlike the pockets of violence in the other parts of the city.

“The deployment of the army to Lekki Toll Gate on 20/10/2020, in the absence of any reported violence was totally unwarranted,” the panel said.

Unlike official narrative of one or two persons dying at the tollgate, the panel confirmed 11 people dead and another four missing, but presumed dead, making a total of 15.

It listed the names of the dead casualties and the many injured.

The panel reported that the response to its Summons was hugely positive, as over 80% of those summoned honored the invitations, and gave evidence before the Panel, which assisted it greatly in unravelling the events of the 20th October 2020.

The protesters on their own attended the Panel’s proceedings and presented evidence of what happened at the Lekki Toll Gate on the 20th of October, 2020.

On the part of the ENDSARS Protesters the Panel specifically considered the evidence of persons, who alleged that they were victims with injuries or death of their loved ones, which occurred during the Lekki Toll Gate Incident and the testimonies of those who were present and traumatized.

Some gave accounts of what happened even though they had no physical injuries.

Panel prepared its reports despite the evidence of the Nigerian Army that was limited as most of the officers who were summoned and who filed affidavits never appeared before the Panel.

At the conclusion of evidence of all relevant parties, key issues which called for determination and upon which the findings of the Panel were based are summarized as follows:

• Whether the Nigerian Army used live bullets on unarmed and defenseless protesters at the Lekki Toll Gate on 20th October 2020?

• Whether the live bullets resulted in injuries or casualties on the part of the protesters?

• Whether the LCC played any role in the events of the night of the 20th of October2020?

#ENDSARS
Share
Subscribe to our newsletter
Sign up here to get the latest news, updates and special offers delivered directly to your inbox.
You can unsubscribe at any time