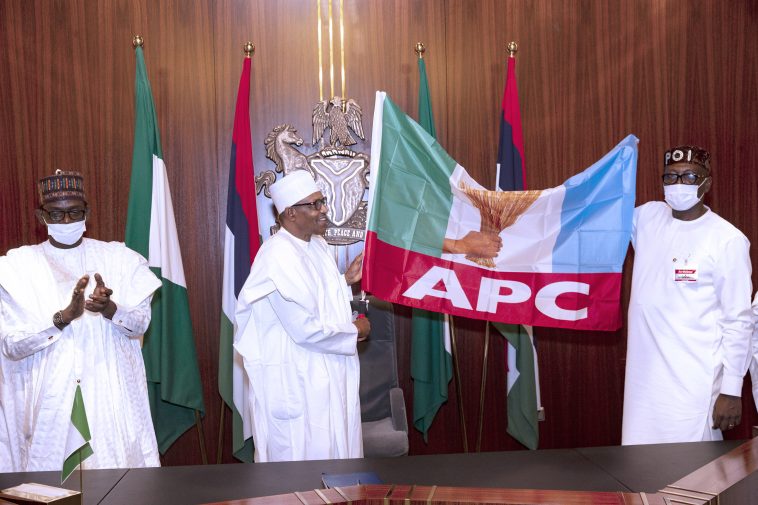 In the history of party politics in Nigeria, there has been a challenge between national outlook and ethnic identity. In the First Republic, it was quite easy to identify the major political parties with certain regions of the country and the dominant ethnic group therein. Thus, it was crystal clear that the Chief Obafemi Awolowo-led Action Group (AG) was not only operating majorly in the Western Region but more importantly, the mouthpiece of the Yorubas. The Northern Peoples Congress(NPC) as its name suggests basically and exclusively was for the Northern Region. And the National Council of Nigerian Citizens (NCNC) with all its pretenses to national outlook was to all intents and purposes, largely an Igbo party domiciled in the Southeast.

Similarly, in the Second Republic, although the ruling National Party of Nigeria (NPN) tried hard enough to gain national spread, it also ended as a northern party. The other two major parties of the era, the Unity Party of Nigeria (UPN) and the Nigerian Peoples Party (NPP) were even worse in achieving national outlook. UPN as expected under Chief Awolowo, was essentially a Yoruba party and NPP led by Dr Nnamdi Azikiwe, was an Igbo party — never mind it won a state, Plateau, in the north central region. In the aborted Third Republic, General Ibrahim Babangida was perhaps worried about the trend of forming regional parties and its consequences on national cohesion and he therefore decided to decree two “national parties” into being against democratic tenets. But the republic was overrun by ambitious soldiers not ready to give democracy a chance. That’s a story to be told on another day, though.

With the return of civil rule in 1999, there was high hopes for the formation of truly national parties. The Peoples Democratic Party (PDP) which ruled for sixteen years as hard as it tried was never really accepted in all parts of the country. Its spectacular failure and mismanagement of the country’s wealth for as many years it was in power, made change inevitable in 2015. That was how in February 2013 three of the biggest opposition parties, Action Congress of Nigeria (ACN), All Nigerian Peoples Party (ANPP), Congress for Progressive Change (CPC) merged with a faction of All Progressives Grand Alliance (APGA) to form the APC.

Although APC successfully dislodged the PDP from power in 2015 after it boasted of its capacity to retain power for ninety years, the party was well aware that it only built coalitions to win an election. And that was not enough as the goal was to become truly a national political party that will speak for all Nigerians. The internal wranglings within the party and within the government it put in power almost to the point of becoming self opposition to its government were dangerous signs of disharmony as the pre-election alliances began to collapse. That was how APC slept and from under its armpit, the PDP stole the position of deputy senate president in an APC dominated upper chamber of the legislature. Before 2019 election, PDP made it a clean sweep as it seized the entire leadership of the national assembly when Senator Bukola Saraki and Hon. Yakubu Dogara defected from APC to join the opposition party, the PDP.

At this point, APC agreed that a change is indeed inevitable in its topmost leadership. Enter Adams Oshiomhole. The former labour leader and former governor of Edo state came with his usual ebullience and full commitment. To his credit, APC was re-elected at the centre in 2019 but lost a few grounds in the states. It was not long that it dawned on members that the bravado that worked in the Labour was not appropriate for political party engagements as internal crises took over APC to the point that many analysts predicted its complete implosion if nothing was done to halt the stone from rolling down the hill.

In order to save APC as a party, members through their National Executive Committee (NEC) agreed that Oshiomhole and his entire NWC be dissolved and a National Caretaker and Extraordinary Convention Planning Committee take over the running of the party in the interim. When Arc. Mai Mala Buni, the governor of Yobe State was chosen as the caretaker chairman, many wondered why a sitting governor who already had his hands full would be given such a critical assignment. But with the results he has achieved so far, that decision has proved to be a masterstroke.

First and most important, Buni who, is in fact, the first elected national secretary of APC, has brought his administrative acumen to bear in remaking the ruling party. Without making any noise, Buni is quietly going about entrenching APC in every region of the country. This, he is doing through the twin mechanism of a highly successful membership re-validation exercise and a strategic national recruitment policy. Today, APC can boast of being a truly national party. Before now for instance, the name APC was never mentioned without looking over your shoulders in the Southeast. The fact that the only APC governor in the region in 2015 was a bad showcase for the party with his terrible governance, personalist rule and unbridled prebendalism, made the party’s incursion into the Southeast even more improbable. Buni was, however, undeterred.

Today, APC has not only been accepted in the Southeast but also equally now one of the leading parties in the zone with two state governors to boot. Interestingly, there are rumours of more PDP governors in the Southeast preparing to join the Buni recruitment drive nationwide. When you add this salutary picture to the high chances of the party in the coming Anambra gubernatorial election, you won’t be wrong to say that APC has taken over in the Southeast.

In the South-south region, Buni is working with leaders to make significant inroads in the zone. As a quintessential gentleman and democrat, and unlike some of his predecessors in the leadership of APC, Buni is not interested in always hearing his own voice on major party issues but relies heavily on the opinions of other party leaders in reaching decisions binding on members. Thus in Edo, Delta, Rivers, Akwa Ibom and Cross River states, Buni is surreptitiously planting seeds of massive membership drive likely to upset the political balance in these states during the next election in 2023.

Already, Buni has a solid base in the government house in Calabar, from where he launches out. It is very important to note that while Buni is winning new grounds for his party, he is not losing older ones but consolidating and fortifying them in the Southwest, North-central, North-west and North-east.

One of the major roles of a political party is to engender national cohesion. To be able to play this role, first, a political party must achieve internal cohesion within itself. Before the coming of Governor Buni, APC could not boast of any cohesion within its leadership ranks as it moved from one crisis to another. Members should be applauding Buni for bringing more coalescent behaviour within the party without which the party can carry out its most important function of winning elections.

Second and most important, to promote national cohesion, a party must have a national outlook. It doesn’t have to win elections everywhere across the nation but it must have presence, accepted and seen as a national party, not speaking for one group or social class alone. When APC was formed in 2013, it became an efficient winning coalition but not taken to by two important regions in the country. Now, Mai Mala Buni has transformed it into a party promoting national cohesion within a short spell at the helm. In APC, Buni has birthed a national party! 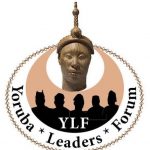 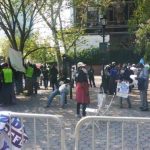