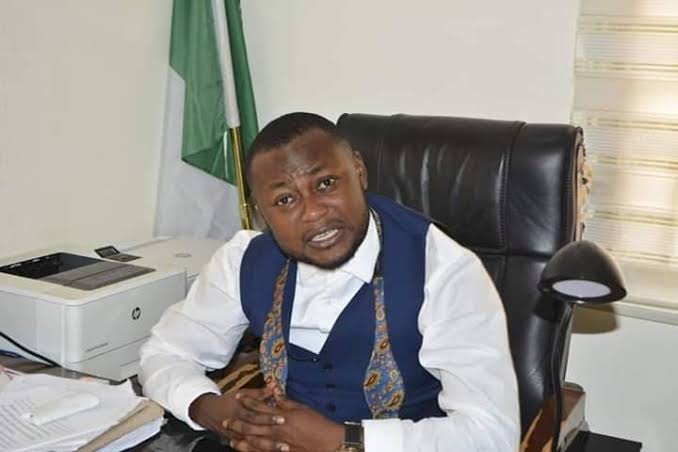 “If DSS can be robbed in the city of Abuja, what then is the faith of the common man” — Olajengbesi

A drama played out on Wednesday when counsel to the Department of State Service (DSS), Mr Idowu Awo, told a Federal High Court, Abuja, that the case file on the Fundamental Human Rights Enforcement application filed by the aides to Igboho, has been “stolen” by armed robbers.

He told Justice Obiora Egwuatu that his colleague who was bringing the case file to court was attacked by armed robbers and lost the documents to them.

“The colleague boarded a vehicle belonging to armed robbers commonly known as ‘one chance’ and his belongings, including the case file, were hijacked by the armed robbers,” he claimed.

Peeved by the claim, Mr Pelumi Olajengbesi, a lawyer to Yoruba Nation agitator, Sunday Adeyemo a.k.a Igboho Oosha, described it as “shameful”.

“We must stop this nonsense in this country. I am sick and tired. The Claim by DSS staff that they were robbed and case file missing on their way to court is ridiculous and shameful.

“If DSS can be robbed in the city of Abuja, what then is the faith of the common man. #Sickcountry,” Olajengbesi posted on Facebook.

The 12 associates of Igboho had filed the suit seeking the enforcement of their fundamental human rights against the DSS for parading them in the media as common criminals.

They want a court declaration that their detention beyond 48 hours and their media parade without a court conviction constituted a breach of their fundamental rights.

In addition, they want an order of perpetual injunction restraining the DSS from interfering with their personal liberty and freedom of expression.

Also pressuring for damages, the associates urged the court to order the DSS to pay them N100 million for aggravated and exemplary damages for a serial breach of their constitutional rights.

On July 1, 2021, the DSS had led other security agents to raid Igboho’s residence in Ibadan, Oyo State and arrested 12 of his associates and also announced the killing of two men during the invasion.

They were whisked to Abuja, paraded at a news conference and detained.

Persecondnews recalls that the detainees, through their lawyer, Olajengbesi, filed the application, requesting the court’s probe into the circumstances constituting the grounds of their arrests and detention.

He also pressed for bails for the detainees.

Reprieve, however, came for the detainees when on August 4, 2021 Justice Egwuatu admitted them to bails. 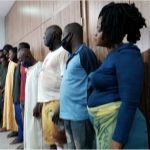 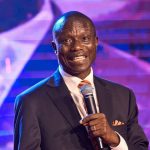