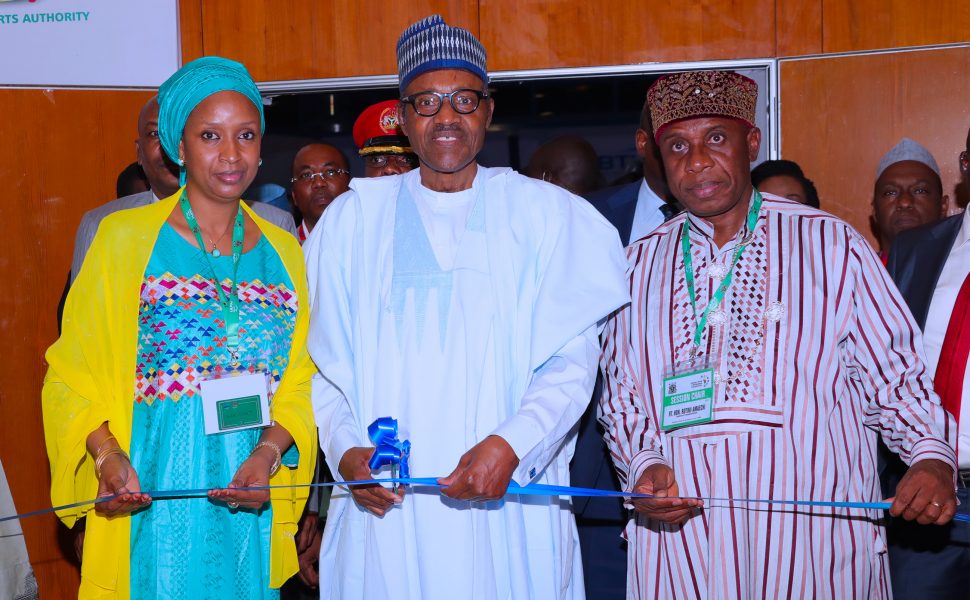 Suspended Managing Director and Chief Executive Officer (MD/CEO) of the Nigerian Ports Authority (NPA), Hadiza Bala Usman has clarified what the Authority received as operating surpluses in 2017 to 2020, which were paid into the Consolidated Revenue Fund (CRF) accounts of the Federation.

She gave the clarifications in a letter to the Chief of Staff to the President, Professor Ibrahim Gambari.  The letter was dated May 5, 2021 and referenced MD/27/MF/VOL. XX/541.

In the letter entitled: “Re: Request for the record of remittance of operating surpluses to the consolidated revenue funds account, CFR by the NPA”, Bala-Usman alluded to the letter conveying the President’s approval for the Ministry of Transport to conduct an audit of the accounts of the NPA and its remittances to the Consolidated Revenue Fund, CRF.

“We wish to state that the Authority’s basis for arriving at the operating surplus in which basis the amount due for remittance to the CRF’s guided by the Fiscal Responsibility Act 2007 as amended and further based on the statutory mandate Oart 1, S. 3(1) (b) & (d) whereby the Fiscal Responsibility Commission issued a template fir the computation of operating surplus for the purpose of calculating amount due for remittance  to the CRF.

“Accordingly,  the figures so provided by the Budget Office of the Federation as the operating surplus for the respective years on which  basis they arrived at the shortfall are derived from submission of budgetary provision not the actual amounts derived following the statutory audit if the Authority’s financial statements.”

Hadiza Bala-Usman stated that in line with the template issued by the Fiscal Responsibility Commission,  the accessible operating surplus of the Authority stands at N51.09 billion and N42.51 billion fir 2017 and 2018 respectively.

“Accordingly,  the Authority consequently made a remittance of N42.415 billion and N33.969 billion for the years 2017 and 2018 respectively for the full amount required as remittance for the period.”
She further said that the remittances for 2019 and 2020 as per the the completed 2019 audit of financial statement were awaiting the consideration of the board of the Authority, “at which point the final figures for the 2019 operating surplus will be determined  for consequent computation of the amount due for remittance to the CRF.”

Hadiza Bala-Usman said that ” but thus far,  the Authority has made a remittance of N31.683 billion for the 2019 remittance while the sum of N51.049 billion has also thus far been remitted for 2020 while awaiting the audited financial statement to determine the final amount required for both 2019 and 2020 at which point the Authority will make the payment of the balance as required.”
According to her, ” Based on the above, we wish to clarify the following:
▪︎ The Authority’s computation of its remittances to the CRF are concluded arising from numbers from audited financial statements using the template forwarded to the Authority from the Fiscal Responsibility Commission.

▪︎ That the Authority has remitted the full amount due it to CFR for the periods 2017 and 2018 arising from the operating surplus derived from the Audited Financial Statement for the period totaling N76.384 billion.

She requested the Chief of Staff to ask the Office of the Accountant General of the Federation who are the statutory custodian of status of payment to the CRF to provide clarifications on the above so as to establish the true position of the Authority’s remittances to the CRF.

Whereas her letter was dated May 5, 2021, the announcement suspending her from office by the Presidency was made on May 6, 2021. 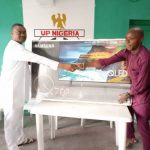