Communities around Abeokuta, the state capital, Obada, Adigbe, Akinale, Ewekoro and Ogere are currently being invaded by some suspected Fulani herders with several hundreds of cows grazing on farmlands and bushes, Persecondnews reports.

Although, Ogun State Governor Dapo Abiodun’s “deafening silence” on the ongoing trend has been a big surprise, traditional rulers and prominent citizens have yet to openly raise alarm that Ogun might soon become the new battleground of herders/farmers clashes.

But late on Wednesday evening, the residents widespread apprehension and fear over the ubiquitous herdsmen in the state have given way to excitement and jubilation with information flying round that activist Sunday Igboho might storm Abeokuta this weekend to flush out “unwanted strangers”.

In a video which has already gone viral, Igboho has vowed to repeat last Friday’s “exploit” at Igangan, during which the popular Seriki Fulani of Oyo State, Alhaji Saliu Abdulkadir was challenged and dislodged from the Ibarapa forests with his teeming supporters.

Igboho said in the video: “By the special grace of God, I am storming Ogun State. Ogun is where I am coming next. I want all the Fulani herdsmen that have fled for refuge in the state to get ready for me because I am coming to flush them out immediately. They should leave Yoruba territory.”

Earlier this morning, notable monarch and erstwhile veteran journalist, the Towulade of Akinale of Owu Kingdom, near Abeokuta, Oba Femi Ogunleye has cried out that herdsmen in their hundreds have invaded his community.

The development has compelled the monarch to promptly despatch letters to the Governor as well as the Commissioner of Police over the shocking development in view of the ongoing crisis arising from kidnapping, maiming and killings of innocent indigenes of Ibarapa in Oyo State. 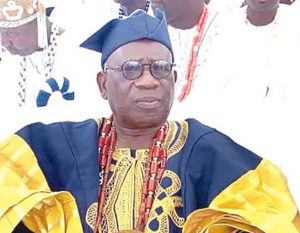 Oba Olufemi Ogunleye while calling for police protection in his community and environs narrated his experience on sighting the strange faces in his domain, tasked the security agencies to do something concrete before things get out of hands

He expressed sadness and lamented that Nigeria can get to such a retrogressive state that a horde of wanderers could invade peaceful settlements with several heads of cattle and become fully resident on people’s farms.

‘‘It is sad and wicked. Every effort made by our farmers to drive the Fulanis away is being rebuffed with threats of death.

“My report to the CP is aimed at seeking urgent attention to help dislodge these strange elements from our domain and evolve a check and balance strategy to prevent crime in our community,” Persecondnews quotes the monarch as saying. 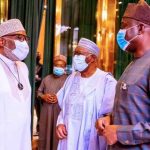 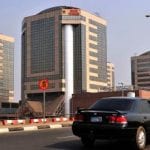