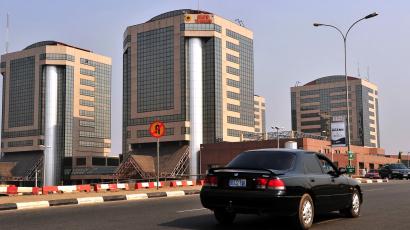 The Nigerian National Petroleum Corporation (NNPC) generated about ₦1.95 trillion revenue from the sales of white products between October 2019 to October 2020 with the Premium Motor Spirit (petrol) accounting for ₦1.9 trillion, about 99.07 percent of the total sales.

NNPC’s downstream subsidiary, the Petroleum Products Marketing Company (PPMC), which recorded the huge sales, made a total of ₦158.04 billion from the sales of white products in the month of October 2020 representing 92 percent increase over the ₦80.15 billion sales in September 2020.

This is contained in the October 2020 edition of the NNPC Monthly Financial and Operations Reports (MFOR) released by the Group General Manager, Group Public Affairs, Dr Kennie Obateru, and made available to Persecondnews.

On pipeline vandalism, in the month under review, 23 pipeline points were vandalized representing about 10 percent increase from the 21 points recorded in September 2020.

NNPC also reports that a total of 214.07 Billion Cubic Feet (bcf) of natural gas was produced in the month October 2020, showing an average daily production of 6,908.34 Million Standard Cubic Feet per Day (mmscfd).

The daily average natural gas supply to power plants increased by 8.60 per cent to 745mmscfd, equivalent to power generation of 2,801 megawatts.

For the period of October 2019 to October 2020, a total of 3,018 BCF of gas was produced, representing an average daily production of 7,658.88 mmscfd during the period, the report also said.

In terms of natural gas off-take, commercialization and utilization, out of the 208.96 BCF of gas supplied in October 2020, a total of 118.40 BCF of gas was commercialized, consisting of 38.07 BCF and 88.90 BCF for the domestic and export market respectively, translating to a total supply of 1,269.03mmscfd of gas to the domestic market and 2,870.57mmscfd of gas supplied to the export market for the month.

The 63rd edition of the MFOR also highlights NNPC’s activities for the period of October 2019 to October 2020.

In its avowed commitment to becoming more accountable, transparent and driven by performance excellence, NNPC has continued to sustain effective communication with stakeholders through this report via publications on its website and in national dailies. 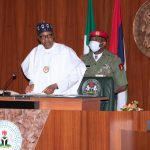