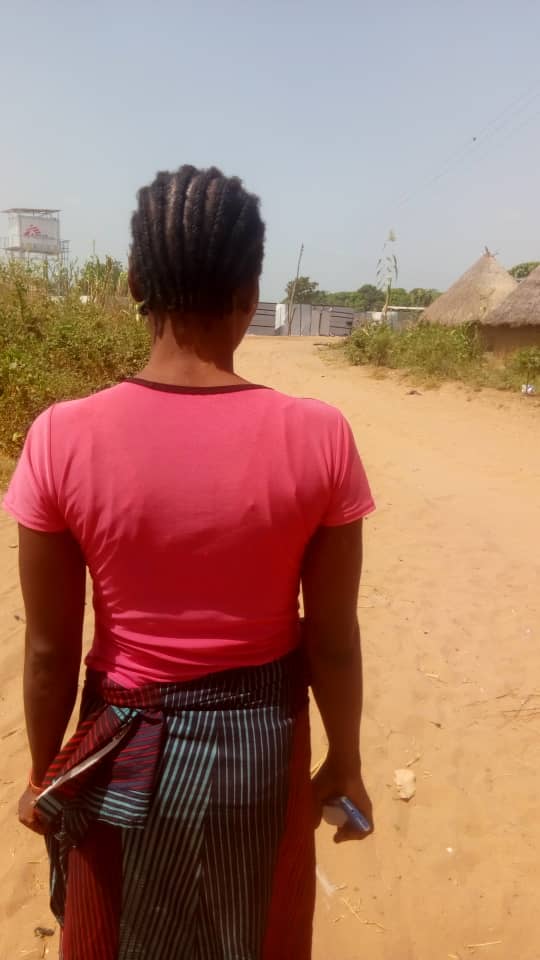 Two years after they fled their ancestral homes, Mbadwem council ward, following brutal attacks by herdsmen on their villages which left scores dead, many injured and several others running for safety in neighboring communities, these displaced persons are still fraught to pick up bits of their traumatised lives. AJUMA EDWINA AMEH writes on the level of neglect, hunger, basic amenities as well as sexual exploitation and harassment the Internally Displaced Persons (IDPs) of Mbawa IDPs camp, Daudu, in Benue State endure.

“We were on the farm one day when someone came and warned us to flee the village that the Fulanis were coming to attack us. We didn’t heed to the advice because it was harvest time and we were bent on harvesting our yams and other crops to store in our barns.

“One morning, we were heading for the stream when the Fulanis ambushed us and killed the girls that were in front of us. We ran back to the house to pick few of our belongings and make for a safe place, but it was too late as the Fulanis had already closed up on us. We the young ones ran for our dear lives, but the older people were not lucky as they weren’t strong enough to run, so they were slaughtered.

“In the course of running towards the township, the Fulanis took a shortcut and went to lay ambush on us. We ran into the bush where we stayed till 5pm, before some soldiers came and cleared the way for few of us that were lucky to be alive. We trekked to Dauda; which is more than 40kms.

“I was newly married. During the whole pandemonium, My husband and I fled for our lives to different locations and we’ve lost touch till date,” Blessing Aondoungwa, from Mbadwem community in Guma local government area of Benue State, narrated as she shared her bitter experience in an exclusive interview with Persecondnews.

Another victim of the vicious attack by herdsmen, a septuagenarian, Mama Sarah Tse, said they woke up one morning to wailing sounds and houses razed by Fulani herdsmen, who invaded their village.

“We were hearing stories of Fulani attacks on neighbouring communities and were warned to leave our village. We couldn’t because we were concerned about harvesting our crops and also we had no where to go to from our lands.

“We woke up one morning and saw our neighbors house on fire and wailings that the Fulani’s had attacked our community and that everyone should flee. We took off immediately without picking anything, those that delayed a little were all killed. I and my son’s wife ran to Kadarko. We got news that the Fulanis were going to attack there soon, so we left again to Daudu here,” she told Persecondnews.

The people of Guma Local Government Area of Benue State, which happens to be where the present governor of the State, Samuel Ortom hails from, as well as Logo and Gwer-East Local Government Areas have been under attack from suspected Fulani herdsmen for more than four years.

Recall that in April, 2018, at least 37 people were killed, several others injured and some missing after suspected herdsmen attacked three council wards; Tse Umenger in Mbadwem Council Ward, Mbakpaase in Saghev council Ward and Tse-Ali in Mbawaar council Ward, all in Guma Local Government Area of Benue State.

In March, 2019, 10 persons were feared dead in another attack on Tse Ioreleegeb, Babai council ward of Guma local government area of Benue state by suspected herdsmen, who were reported to have attacked the community shooting sporadically and killing anyone in sight. They were also reported to have burnt down houses, huts and farmland in the community.

A New Life In An IDP

Blessing and Mama Sarah are two out of the over hundred thousand persons displaced by Fulani herdsmen in Benue State. According to the state governor, Samuel Ortom, over 100,000 people had been displaced by the attacks on Guma and Logo local government areas of the state. The State Emergency Management Agency (SEMA) further disclosed that there are seven camps in Benue State hosting about 300,000 IDPs.

However, one of the IDPs camp; Mbawa IDPs camp located in Daudu, Guma LGA of Benue State, is not a government recognized camp, therefore they don’t enjoy the “privileges” or “luxuries” other government approve IDPs camps enjoy.

A visit by Persecondnews to Mbawa IDPs camp, dominated mostly by women and children, is an eye-opener to the reality of the hardship these people are facing.

Walking into the camp, this reporter noticed so many scantily dressed children, with bushy hair, running around chasing each other excitedly, oblivious of their present condition, and women with gloom written all over their faces and with their eyes fixed at the entrance of the camp in anticipation of a “messiah” coming to their aid.

“When we got to Daudu, the host community treated us with disdain.

They will neither let us fetch water from their wells nor allow us refuge in their uncompleted buildings. Until we were finally referred to this place were are now, which used to be a dumping ground for refuse and open defecation for the community.

“We got palm fronds and made some tents which couldn’t hinder us from rain and mosquitoes. Until the white people came and established tents for us and the red cross came to attend to our health needs,” Blessing added.

On her part, Mama Sarah also lamented the constant harassment and ill treatment they get from the host community, Daudu.”

“When we first got here, we settled at LGEA Primary School Daudu. And because we occupied the classrooms and school could no longer hold, the principal became unhappy and constantly brought thugs to harass us to leave the school premises.

“When he didn’t succeed, he mobilized his students to stone us out of the school but they declined, seeing our helpless condition. Next, he brought vigilante, but they also refused to harm us saying they can’t harm their own mothers.

“Finally, he pursued us to this current place. It used to be a refuse dump and a defecation ground for the community.

We cleared the place and made little tents but that couldn’t shield us from the rain.

We stayed there like that, developing various skin diseases and other ailments due to lack of water to take our baths, drink and mosquito bites.

“UNICEF finally came to our rescue. They set up tents for us to shield us from the rains and other hazards, while red cross took charge of our health issues,” she explained.

Mbawa IDPs camp Daudu, is home to over 3,000 undocumented IDPs living in shacks built for them by the United Nations Children Fund (UNICEF).

Survival of the Fittest

Surviving in an IDPs camp, especially one that is not officially recognized by the government can be very challenging.

According to the IDPs, they have been abandoned by the government, and are living at the mercy of Good Samaritans, mostly from churches, and NGOs who come once in while to donate food stuffs, clothes, toiletries and provide healthcare services to them.

They further added that due to the large number of people in the camp, the donations hardly go round.

“Donations come in once in a while. The supply hardly go round. And even when it does, the quantity is usually very small,” Blessing stated.

Persecondnews gathered that members of the host community, Daudu, always rush to the camp to get their own share of whatever is donated to the IDPs. They also refused to release small portions of their lands to the refugees for small farming to survive, for fear that they may claim the land in future.

To avert dying of starvation, the women and children go to the local market on market days to scavenge for food from the grounds.

“We usually go to the markets, precisely on Market days to pick spilled grains and food from the ground, sieve it with baskets to separate the grains from the sand, until we get a hand full.

“Others do petty trading, while a few who have friends and relatives in the townships are giving farmlands for cultivation,” Blessing further explained.

However, they are cases of sexual exploitation and harassment of the young girls and women by their fellow displaced persons; usually the heads of the camp, in exchange for skill acquisition or other favors.

“The molestation we get are from our fellow refuges; the ones heading the camp. If they ask you out and you turn them down, any empowerment opportunity like skill acquisition, that a philanthropist, NGOs comes to camp to do, your name will never be shortlisted to benefit.

“They include the names of only the women and girls that agree to have sex with them,” she said.

Blessing also highlighted other difficulties they face in the camp including lack of schools for the children, lack of food, water, clothes and shoes, as well as insufficient skill acquisition programmes for women and and young girls. 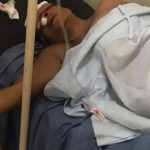 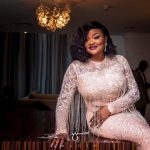