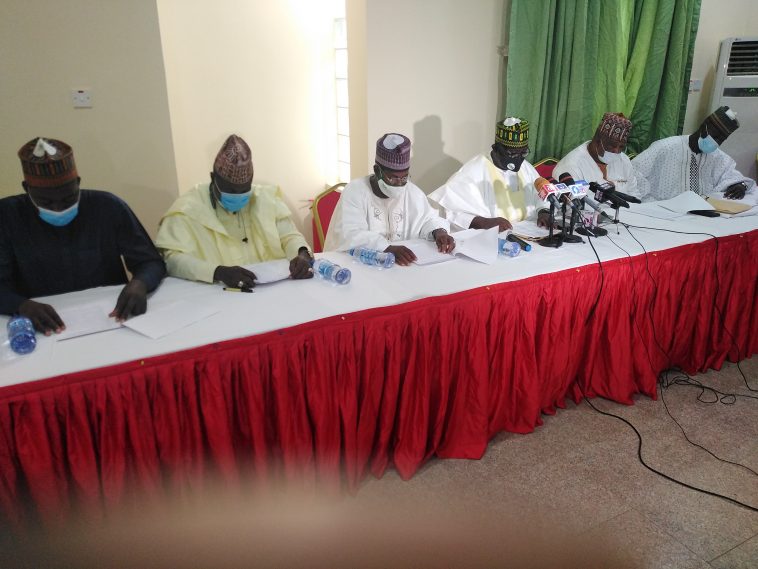 The Board of the National Broadcasting Commission (NBC) has raised the red flag over the purported amendment to the 6th edition of the Nigeria Broadcasting Code (NB Code), saying that the process adopted by the Minister of Information, Alhaji Lai Mohammed fell short of minimum acceptable standards of a Code.

Members of the NBC Board led by its Chairman, Mr Ikra Aliyu Bilbis told journalists at a press conference in Abuja, that the Minister went beyond his schedule of responsibility by illegally carrying out an amendment of the NB Code contrary to the provisions of the Act establishing the NBC, adding that the wellbeing of the broadcast media has direct relevance to the stability of the nation’s democracy.

The NBC Board noted that from the history, traditions and the convention of the NBC, no Minister of Information has ever interfered in any NB Code review, stressing that after the 2019 presentation of the 6th code (which is the present one), the Minister, Alhaji Lai Mohammed acted alone with just a handful of his loyalists, who have written a new NB Code that has created uproar in the industry, threatening to destroy investments and lead to job losses.

Bilbis, who was Minister of Information during the administration of Late President Umaru Musa Yar’Adua, noted that the National Broadcasting Commission is established by law and section 2(h) of the NBC Act empowers the Commission to establish and disseminate a Nigeria Broadcasting Code (NB Code) which sets standards for the quality and content of broadcast materials and not the Minister of Information.

He explained that the Code review is undertaken every four years and involves the staff of the NBC, former Directors General, retired Directors of the Commission and all other relevant stakeholders in broadcasting that include Broadcasting Organisations of Nigeria (BON), Independent Broadcast Association of Nigeria (IBAN), Private Media outfits, Broadcasters, notable media intellectuals, Communication experts, Digiteam and the Academia.

The NBC chairman said that the current edition (6th Edition) was presented to the public in 2019 at an elaborate ceremony in Kano which attracted a broad section of various stakeholders.

According to Bilbis; “Following the 2019 national elections, some members of the Federal Executive Council (FEC) made observations to the Minister of Information at a FEC meeting about the divisive broadcasts engaged in by some broadcast media before, during and after the elections and the need to strengthen the operations of the NBC to avert such future occurrence.

“This noble observation of Mr. President was unfortunately misunderstood by the Hon. Minister of Information. Instead of studying and following the Law, relevant rules and regulations, and direct the appropriate authorities as stipulated by the Law to act on, he erroneously embarked on the review alone.

“The Minister has constantly dropped the name of President Muhammadu Buhari as having approved his own version of the code review. The NB Code is a regulatory framework put together jointly by stakeholders to guide their operations in the industry. It is therefore not a unilateral government instrument and is already covered by Law hence, not requiring any further Presidential approval.

“This might be the reason why till date the Minister cannot show us a copy of the Presidential approval,” enthused.

He noted that President Buhari is a stickler for due process and he always insists on organisations doing the right thing.

Bilbis therefore declared that the Minister’s version of the revised NB Code does not meet any known criteria of due process and inclusiveness of stakeholders.

The NBC Board particularly took note of the action of the Director overseeing the office of the Director General of the NBC, Professor Armstrong Idachaba, who made insinuations that the Board endorsed the amendments culminating in its ‘public presentation’ on 26th March, 2020 at the L’eola Hotel in Lagos.

Bilbis stressed; “Nothing can be farther from the truth. The “public presentation” was actually attended by serving directors in the NBC, one former DG of the NBC, a member representing the Ministry of Information and only four (4) selected stakeholders. “When compared with over sixty (60) stakeholders that attended the 2019 presentation in Kano, there is a wide gap in industry representation. We have the list of the four hand-picked stakeholders at the Lagos “presentation”. The Board of the NBC was neither informed nor represented”.

The NBC Board noted that by 26th March 2020, (the day of the “Public Presentation” in Lagos), the Federal Government had already announced a Covid-19 lockdown in Lagos, Ogun states and the FCT, stressing that it was therefore not a sincere effort to present such an important ‘review document’ which affects people’s investments and livelihoods under such situation.

Bilbis further said that the attendant public outcry over the purported review of some sensitive sections of the NB Code compelled the Board of the NBC to institute a process through which stakeholders could express their opinions and harmonise their feelings with what the Minister had unilaterally created.

According to him; “The Board convened a meeting which included the Director overseeing the office of the DG in attendance. The unanimous decision was to issue a press release inviting inputs from various stakeholders. It became clear to the Board that even though the Director overseeing the DG’s office subscribed to the unanimous decision of the Board, he was inclined to sabotaging the press release for obvious reasons.

“The Board on its own, chose to be proactive by taking Five (5) National Newspaper announcements seeking inputs from relevant stakeholders in furtherance of the principle of equity, fairness and creating a level playing ground for all stakeholders.

“Most surprising was the rejoinder issued by the Director overseeing the office of the DG stating that the notice published by the Board seeking stakeholders input does not have the ‘official endorsement of the Commission’. Sections 5(4), 5(2) 1(d), (g) and (h) and sections 3 of the NBC Act state categorically the powers and composition of the Commission and under whose purview the management of Commission falls.

“There are very serious and disturbing amendments which have been unilaterally carried out by the Minister. This has attracted very critical comments with threats of litigation from concerned organisations and individuals.

“As a Board, we have received and taken our time to compile the responses of numerous stakeholders which include our Nobel Laureate, Activists, Legal Practitioners, Broadcasters, Investors, BON, Content Creators, Copyright experts and professional organisations. Most of them have adduced reasonable reasons against the proposed amendment.

Speaking in the same vein, a member of the Board, Barrister Salihu Aluko said that the Act of the NBC starting from Section 3 gives powers to the Commission to make a Code and not the Minister, adding that the same Act calls the Board “Commission” which is a body of records thus challenged the Minister to show the record of procedure, stressing that th procedure adopted by the minister is to say the least, very wrong.

In a brief remarks, former acting Director General of the NBC and later Executive Secreary of the Nigerian Press Council, Mr. Bayo Atoyebi said that by way of law, th Minister if to assist in policy direction while the Commission (Board) is responsible with policy formulation.

Atoyebi said that the Regulator (NBC) must be independent to be able to carry out its statutory functions.

Bilbis however assured that as a Board that supervises the affairs of the NBC, it cannot fold its arms and watch the activities of the Minister which is directed at destroying the modest gains the Broadcast Industry has achieved since the setting up of the Commission and the deregulation of Broadcasting in Nigeria.

He further said; “While not disputing the fact that there are many challenges in the sector, the quest to find solutions cannot be totally assumed by one man. “Approaches to solutions must be through wide consultations, discussions, persuasion and concession. Dictatorship tends to ruin businesses and prompt divestment. The Minister seems to have taken the option of working from an answer to the question instead of vice versa. We are in an era of democracy.

“The NBC was set up by law and there is an Act that guides its operations. The Minister therefore cannot usurp the powers of the Board as clearly stated in the Act. Any such action by the Minister is illegal. “The Board of the NBC wishes to make it quite clear that as long as it is in place, the only NB Code that we recognise and which we shall work with in the setting of operating policies and standards for the NBC is the 6th edition of the NB Code which was launched in 2019 in Kano. Any other purported review has no Board endorsement and therefore cannot be utilised in regulating broadcasting in Nigeria.

“The danger of allowing the unilateral amendment of the NB Code to stand is that investors in the industry will loose confidence in the stability the broadcast ecosystem has enjoyed till date before the advent of the current Minister of Information.

“Our President and his team have worked so hard to galvanise local and foreign investment in Nigeria. Allowing obnoxious policies to take root in our Investment Culture will spell doom for creativity, enterprise, diversity and the general development of broadcasting in Nigeria,” Bilbis insisted. 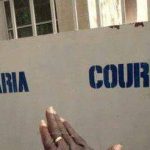 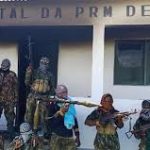