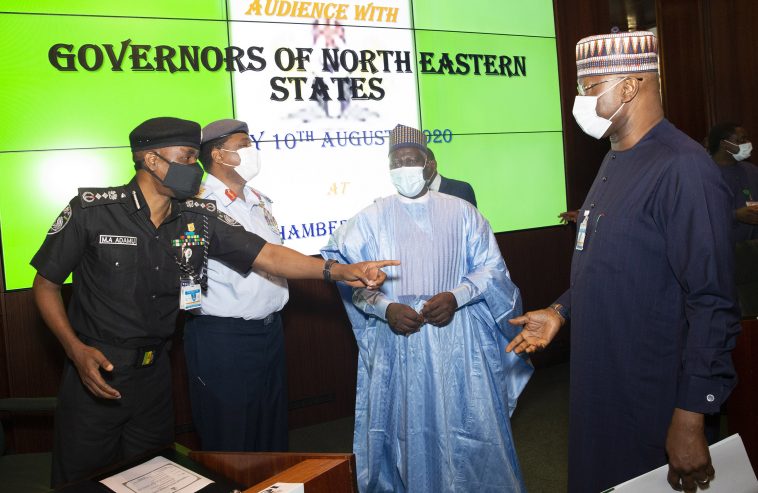 In a bid to successfully  fight the seemingly intractable insurgency in the North East, the governors in the zone on Monday called on the Federal Government to change its strategirs and address the causes of insurgency.

Prof. Babagana Zulum, the Chairman of North-East Governors’ Forum and Governor of Borno State,  made the call while briefing State House correspondents after their meeting with President Muhammadu Buhari and service chiefs at the Villa.
Zulum who briefed newsmen alongside his Adamawa State counterpart, Ahmadu Fintri, said the north east governors met with President Buhari after the NEGF meeting held in Maiduguri on Saturday with a view to highlighting the key challenges in the region, especially issues of security, decaying infrastructure, particularly rock projects, cases of oil exploration, and issues of enhancing river basin development in the region among others.On the insecurity situation in the region, he said:“The governments of the region have commended the efforts of federal government in securing the region. However, we told Mr. President that there is need for the federal government to address the causes of insurgency, which are not limited to the endemic poverty, hunger among others.

“One of the root causes is that of access to farm lands, people need to go back to their farmlands, people need to be resettled in their original homes so that they can restart their means of livelihood. This is one of the reasons the insurgents are recruiting more into the sect. Therefore, creating enabling environment will enable the people to go about their normal duties and will no doubt reduce the cases of insurgency.

“We also recommended that police should be empowered, to be provided with certain state of the art equipment, armoured personnel carrier and so on with a view to bridging the manpower gap that we are having in the Nigerian military.”

Responding to a question on the remarks that he was an ungrateful person after the recent attack on him and the suggestions that the military were not committed to ending the insurgency challenge because “business” interest, said: “We have had series of consultations after the attack and I think security is not only about federal government, there is need for the federal, States and the local government to come together with a view to providing solutions that will end this crisis in the region.

“But most importantly, there is war economy in the region and I think that is why we are here. So, I think the government is taking a bold step with a view to ensuring speedy resolution of some of the gray areas that we have in the region.” 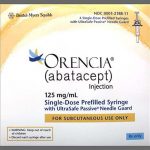