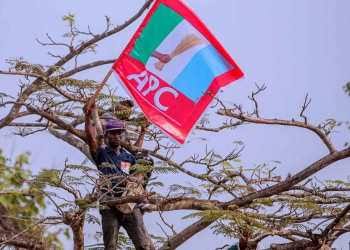 Aggrieved leaders of the All Progressives Congress (APC) under the aegis of APC Ekiti Stakeholders Forum have pledged their loyalty to President Muhammadu Buhari but said they vowed to resist any “dictator’’ that may want to hound them out of the party.

They spoke against the backdrop of allegations of being disloyal and disrespectful to the president by refusing to withdraw their law suit against the party from the court as directed by him.

“We like to state that this is not true. Our action in Ekiti State has nothing to do with the National Working Committee crisis of the party in which the NEC of the party intervened.

“Our action was about our own survival as members of the party who are  being hounded by the Governor Kayode Fayemi and his henchmen.

“We respect President Mohammed Buhari and hold him in high regards. We believe in our party and treat all its organs with high regards as well but we will not allow any dictator to hound us out of the party since we have no other party to go than APC.

“We therefore want to pledge that as soon as the party at the National level look at our matter, call Governor Fayemi ,  his imposed executive in Ekiti , and the thugs to order we shall sit on the table as lawful members and discuss.’’

Insisting that they would not withdraw the case from the court, the aggrieved leaders said:“For now the only way to protect ourselves is the law court as established by the constitution since we do not intend to take law into our hands.’

They recalled that Dr Fayemi had ordered the suspension of some party members including  Senators, former members of the House of Representatives, other leaders, and a former Speaker of the State House of Assembly.

They also alleged that the countryhome of Sen. Babafemi Ojudu, the Special Adviser to the President on Political Matters was invaded recently and his security guard beaten and battered by Dr Fayemi’s agents over a criticism of this act.

“We have been battling this and several undemocratic act such as arresting and detaining local executive members who refused to suspend their leaders as directed by Governor Fayemi.

“All of the above undemocratic acts arose from our many protests to the leadership of our party in Ekiti to the National Headquarters that  the Executive of our party was selected at a private house in Iyin Ekiti as opposed to the laid down rules by our party constitution.

“Chief Segun Oni, a former governor and former Deputy National Chairman of our party ( South ) was the first to be issued with suspension in his Ward. We protested to the Governor as well as our then NWC. When nothing was done Chief Oni decided to leave the party.

“The rest  of us victims of high handedness however do not consider leaving the party an  option. We will rather stay and fight out democratically within the party because we are founding members of the party and we shall not allow any one to send us packing. Hence our going to court .

“The issue of our suspension and the act of the party Executive being selected at a private home in Ekiti to the exclusion of majority of party members was not discussed at the party NEC and neither the resolutions arrived at that meeting directed at us. It was not part of the agenda,’’ said the APC leaders’ statement, a copy of which was given to Persecondnews.

“We, therefore, consider it an act of mischief and blackmail  for any one to say that we ignore the directive of Mr President.’’ 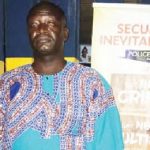 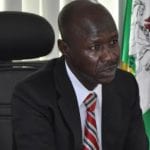