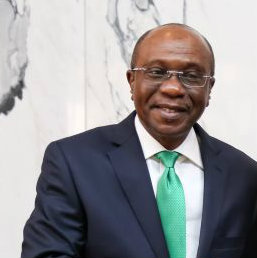 Undeterred by the sinister plans of some vested interests in the economy of the country and its socio-political landscape, the Central Bank of Nigeria (CBN) says it will not spare any effort to steer the Nigerian economy from the looming COVID-19 triggered recession.

The Apex bank said the antics of the vested interests are to misinform unsuspecting members of the policies of the bank as well as impugn the integrity of the institution and its key officers.

He told newsmen  that their strategies were to distract the CBN and discredit the institution through deliberate misinformation, complete fabrications and outright lies.

He said that the bank, in pursuit of its mandate enshrined in the CBN Act 2007 (as mended) will continue to strive to ensure accretion to the external reserves to safeguard the international value of the Naira, in addition to ensuring no individual or institution circumvents the system.

“The Naira, in the past three years, had remained stable against other world currencies, due largely to strict measures put in place by the CBN to check cases of round-tripping,” Okorafor said in a statement in Abuja and emailed to PerSecondnews.

He said the bank, working with other relevant agencies of government, had equally curtailed the activities of economic saboteurs neck-deep in smuggling and other economic crimes.

While noting that those opposed to the policies of the CBN will not relent in their effort to undermine the Bank, he said: “The bank remained resolute to the dictates of its enabling Act and would not be distracted by subjective criticisms from persons who do not mean well for the general good of the Nigerian people and the economy.”

He recalled that the CBN, under Emefiele’s leadership, had made genuine patriotic efforts at promoting economic growth and development through its intervention programmes, particularly in the agricultural sector, which he said led to the revamp of value chains across over ten agricultural commodities, including cotton, oil palm, fish, poultry, livestock and maize, among others.

He cited the rice revolution under the Anchor Borrowers’ Programme (ABP) as a major contributor to shielding Nigeria from a food crisis when major rice producing countries of the world halted exports from their shores in the height of the corona virus (COVID-19).

Also alluding to the recent interventions of the Bank through the N50 billion Targeted Credit facility (TCF) for households and small businesses affected by the corona virus and the N100 billion credit support for the health sector, Okorafor said the bank remained people-oriented.

The spokesman assured that the CBN remained committed to the transparent pursuit of its mandate in the interest of majority of Nigerians rather than for the selfish interest of a few.

Majority of Nigerians are better informed and would not indulge in unpatriotic economic acts for selfish purposes, the CBN also said. 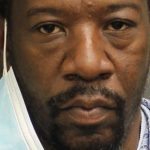