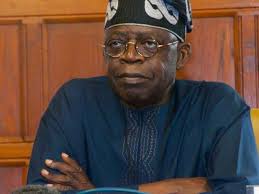 Tinubu
Outraged by the latest unsavoury and hi-tech horse-trading in the All Progressives Congress (APC), Asiwaju Bola Tinubu, has launched a diatribe against some party members, calling them coup plotters.
“Some forces against the suspended National Chairman, Comrade Adams Oshiomhole were doing so on the basis that he would pose an obstacle to their 2023 ambitions.
“The [coup] plotters launched their attack solely because they perceive the chairman (Oshiomhole) as an obstacle to their 2023 ambitions,” the former Lagos State governor said in a statement.
Tinubu, the APC National Leader, who has been excluded from June 25 NEC meeting in Aso Rock Villa called by the Acting Chairman of the party, Victor Gaidom, said he was being instigated by powerful individuals to assume the position.
PerSecondnews recalls that President Muhammadu Buhari had thrown his weight behind Gaidom as the authentic Acting National Chairman of the party and also endorsed the National Executive Committee (NEC) meeting.

“Some members of the party of fuelling the lingering crisis for their personal interest, warning that those behind it were causing a great disservice to the party.

“We even had a National Deputy Secretary improperly calling for an NEC meeting on the basis that he believed himself to be the acting National Chairman.

“Clearly, this man would not have summoned the temerity to make such a move had he not been instigated by powerful individuals, whom he thought would reward or, at least, protect him for committing the wrongful act,” Tinubu said in a statement from his media office.

“In a well-structured society, people come to understand that the time for politics is seasonal; it is periodic. The responsibilities of governance are what are perpetual. Many of our politicians sadly have inverted this reality.”

Recalling that many leaders in the party including himself had put in their sweat and tears to build the party not for personal ambition for the good of Nigeria, Tinubu said: “We must rally around President Buhari. Instead of everyone saying they are working for the party and nation but going their separate ways based on their selfish designs, we must help him build a stronger national consensus on policies that will ensure safety and bring greater prosperity.

“Many of us expended sweat, tears, toil, and sleepless nights to build this party. Our personal sacrifices were not insignificant.

“We built this party not simply as a vehicle for personal ambition. We built the party because we saw it as perhaps the only enduring hope to bring progressive governance to this nation.”

Meanwhile, Alhaji Waziri Bulama, the National Secretary of APC has said the NEC meeting called by Victor Giadom is “illegal”.

Citing court rulings, Bulama said in a statement, Bulama, said members of the party should ignore the notice of the NEC meeting, saying Giadom is not part of the national working committee (NWC) or an APC member.

He stated: “We are constrained to once again react to a purported invitation to a National Executive Committee meeting of our great party; the All Progressives Congress (‘APC’) issued by one Victor Giadom who until the last general elections in 2019 held the position of deputy national secretary of the party.” 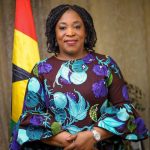