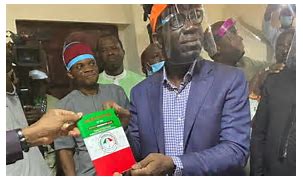 A reprieve came the way of Gov. Godwin Obaseki on Tuesday as an Edo State High Court gave him the green light to participate in the Peoples Democratic Party (PDP) governorship primary scheduled for June 25.

Justice J. O. Okeaya-Inneh of an Ekpoma High Court gave an order, restraining the PDP, the Independent National Electoral Commission (INEC) and others from removing, preventing or purporting to exclude Obaseki or other aspirants who have been cleared by the party from participating in the primary election.

Persecondnews had reported that a Federal High Court in Port Harcourt, Rivers State barred the Edo Chapter of the People’s Democratic Party from going ahead with its governorship primary scheduled for Thursday, June 25.

A governorship aspirant of PDP, Omoregie Ogbeide-Ihama, had instituted a suit at the court on Monday challenging the party’s decision to conduct primary election and the eligibility of Obaseki for the exercise.

He had vowed not to step down for Gov. Obaseki, who defected from the All Progressives Congress to the PDP last week following his “disqualification” by APC.

PerSecondNews recalls that some PDP stakeholders have also kicked against Obaseki’s endorsement.

PDP governors in the South-south had drummed up support for Obaseki as the party’s candidate for the September 2020 governorship poll.

He directed the defendant to serve the parties in the suit through substituted means in two national dailies and adjourned hearing of the summons until June 24.

The defendants in the suit are Dr. Tony Aziegbemi, the PDP, Hon. Andy Ikhajiangbe, Peter Akhimien and INEC.

The applicants had sought “an order of interim injunction restraining INEC from however refusing to recognize and/or accept the name of any of the aspirants named in paragraph 2 above, especially Mr Godwin Nogheghase Obaseki as lawful aspirants having been lawfully screened and cleared by the 2nd defendant to participate in the 2nd primary election scheduled to hold on June 25, 2020 in any report of the monitoring of the said primaries pending the hearing of the Motion On Notice.”

“I find in my humble view that the applicants have satisfied the guidelines for the grant of the orders sought as enjoined in the celebrated landmark case of Kotoye v CBN (1989), 1 NWLR PT. 98, 419 at 441,’’ the judge ruled.

Okeaya-Inneh adjourned the case to July 1 for hearing of pending applications. 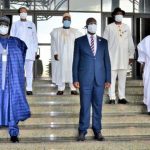 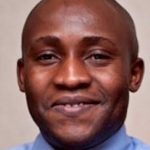