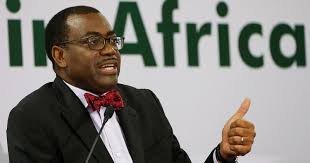 By Olukayode Oyeleye and Mustapha Ogunsakin

THE LID ON THE THICKENING PLOT against the re-election of Dr. Akinwumi Adesina as the president of African Development Bank finally blew open a fortnight ago as the faceless assailants made their case in a Paris-based French newspaper, Le Monde. In the publication, the accusers, who described themselves simply as “whistleblowers,” came up with sundry allegations around his reforms and management styles, citing “unethical behaviour, obstacle to efficiency, favouritism, (activities) affecting confidence in the integrity of the bank and engagement in political activities,” among others, as the sins for which he must be punished.

Two things are striking in these allegations. One is the timing, and the other the choice of media outlet for expressing their grievances. First, the accusers have been lurking around, waiting to ambush Adesina at the re-election time, convinced that only the last-minute attack could destabilise him. Second, and somewhat disingenuous and unpatriotic, is the choice of a French media outlet, which exposes the interests behind the campaign of calumny against Adesina in their frantic bid to split the bank along the Francophone-Anglophone divide, thus strengthening the hold of the Francophone and their vice grip on the Bank, the continent’s biggest financial institution, by placing politics over achievements while dragging Adesina in the mire.

Since the founding of the AfDB, this is the first time in over two decades that an Anglophone candidate would have access to the leadership position. For the assailants, allowing Adesina to serve out two terms would be too long to bear. So, he has to be stopped after the first term. The self-acclaimed anonymous “whistleblowers,” posing as “concerned employees of the AfDB,” clearly elevated the interests of a few above the overall interests of Africa, a continent that desperately needs a charismatic, Afrocentric, focused, hardworking and determined person to lead what is one of the five development finance institutions in the whole world.

It is a well-known fact that Francophone African countries have been in the shadows of France ever since their independence. Yet they are the weakest economic blocs within Africa and need all the help they could muster to turn around their economies. What they lack in size they try to make up by their alliance as countries with common colonial history and monetary unions, but still attached to the apron string of France. It is hoped that these people are not at the vanguard of an Eco currency that will still be a puppet in the hands of France, a move that may not be well received by most West African countries. The link can thus be seen between the “whistleblowers” and the Le Monde’s publication. In a system where fairness and equity is being promoted, Adesina’s re-election only needed to have been supported by these complainants instead of being opposed by them.

Judging from the performances recorded by the AfDB over the past couple of years, Adesina is the leader the bank needs now. Without prejudice to what complaints some may have, Adesina is, first and foremost, a mortal. He is not infallible. The bank will not be headed at any time by an immortal and infallible man. And, where those working with him have transparent honesty and mean well for the Bank and for Africa, internal dispute resolution channels and measures ought to have been exhaustively used over a period of time, not to wait for the election time to bring up allegations that fly in the face of pure motives. The action of those who want to besmear fellow Africans by going all the way out to an European or an American media outlet to publish hogwash is condescending and cowardly. They also show the extent they could go to sell out their fellow Africans to outsiders in pursuit of parochial gains, whatever the gains may be.

For any elective position, it is usually a lot easier for a contestant just coming from outside to find faults with the incumbent holder of an office who is seeking a re-election. He will have to show his onions. And so, for a continent desperately in need of development and that urgently requires thought leaders of grit, courage and concerns for progress, Adesina fits the bill as the AfDB’s helmsman for another term. He is a man of superlatives, an astute crisis manager. As a Minister of Agriculture in Nigeria, he calmed the frayed nerves of Nigeria in 2012 when flood devastated many farms and products of harvests were endangered. He introduced the dry season rice farming same year that raked in millions of metric tonnes of rice to make up for losses during the flood earlier in the year.

As Minister of Agriculture in Nigeria, Adesina launched a major Agricultural Transformation Agenda which saw to an increase of food to the domestic food supply by 2015, to creating millions of jobs, with a nationwide enumeration of 14 million farmers in a database. His programme enabled many farmers to directly receive government’s incentives through a telecom mobile phone technology, cutting off third parties and reducing bureaucratic red tape. Before his coming in 2011, Nigeria imported $11 billion of agricultural produce, including $4 billion of wheat and $3 billion of rice. By the time he was leaving, Nigeria had begun a new wheat programme that was to reduce its dependence on importation, in addition to the aggressive promotion of wheat substitution with locally grown cassava flour.

Adesina’s High five agenda that builds on AfDB’s existing 2013-2022 strategy: to Light up and Power Africa; Feed Africa; Industrialise Africa; Integrate Africa; and Improve the Quality of Life for the People of Africa are programmes that should not be allowed to be scuttled by vile politics. As most African countries remain far behind in all the 17 goals of the Sustainable Development Goals (SDGs), robust supports should be rallied behind someone who is committed to using the institutional platform of the continent’s multilateral development finance institution to make headway in the race towards the goals.

Adesina’s detractors pretend to be unaware of the landmark achievements he has recorded since assumption of office, or choose rather to ignore them. Africa is a latecomer in many areas and low on many development indices, especially when placed on the global energy transformation scale. To correct this ugly situation, the AfDB, under Adesina, earlier this year, lauched an off-grid energy intervention fund as anchor sponsor, with a $30 million contribution, and $8.5 million from the Global Environment Facility.

The Africa Investment Forum that took place in Johannesburg, South Africa, last November, appears like a mere glitch on the radar of Adesina’s traducers perhaps.  The event in which the AfDB made a $50 million minority equity Investment in Africa Finance Corporation (AFC) wasn’t worth celebrating, in their reckoning. If the exploits in that event was nothing to reckon with, what about the outcome for AfDB for which this equity stake brings with it an international triple A rating and commitment to the Africa Finance Corporation (AFC) which has chosen to drive infrastructure financing across the African continent?

Which direction would Adesina turn and he will not be faulted or vilified? One wrote, criticising his choice of Malabo, Equatorial Guinea’s capital, for a high level meeting of the Bank as if Malabo does not deserve the attention of the Bank as an African city. This is in spite of the fact that the decision to go to Malabo by AfDB was not taken solely by Adesina. The regional integration aim was inconsequential to those complainants. And, what would those accusing him of favouritism say of the forward looking programme in which the Bank signed the $600 million COCOBOD deal for Ghana on cocoa, the Alithea Identity Fund for women closed at $58 million, or the concession agreement for the Accra sky train, worth $2.6 billion, all signed at the behest of Adesina?

Just this April, the AfDB, under Adesina’s leadership, announced a $3 billion “Fight COVID 19” three-year social bond for Africa to help alleviate the economic and social impacts of the Coronavirus pandemic. Is this not a responsive leadership? Should a baby be thrown away with the bath water? What about the AfDB’s continued partnership in the Africa CEO Forum, in which 1800 participated in 2019 in Kigali, Rwanda, with participants drawn from 70 countries, involving 800 CEOs? While Adesina continues to bring his core competence to bear as the AfDB’s helmsman, he continues to support the partnership of the Bank with the African Green Revolution Forum (AGRF), considered the world’s most important and impactful forum for African agriculture. Outside the AfDB, Adesina is a major pillar for AGRF. And, considering the agrarian nature of African economy, how else is AfDB’s President expected to lead the bank?

Those who have an axe to grind with Adesina over his style of leadership need to go about expressing their grouse with decorum and avoid guerrilla warfare approach. They need to come out, unveiled, and sit at the roundtable to discuss their differences with him rather than going about mudslinging. Their actions are suspect and are clearly not helping the cause of Africa, particularly the way they presently go about it. A greater African cause should be allowed to take pre-eminence and Adesina should be allowed to have his second term to enable him push his development agenda for Africa further before bowing out at the end of the term. 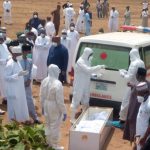