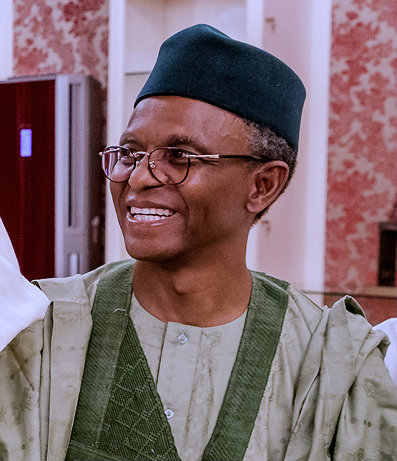 Amid claims and counter-claims by Minister of Power and the power distribution companies (DisCos), the Federal Government has ordered a forensic probe of the companies with a view to determining their level of investment in the nation’s power sector since they took over in 2013.

Saddled with the assignment is the Gov.Nasir El-Rufai led ad-hoc committee on Power.

They are given additional two months to carry out a thorough forensic audit of the DISCOs following suspicion of their poor investment in the sector.

The decision to probe the DisCos was reached at the National Economic Council (NEC) meeting chaired by Vice-President Yemi Osinbajo and attended by the governors of the 36 states.

PerSecondnews recalls that the committee had disclosed that the federal government had spent N1.7 trillion on electricity in the last three years with no tangible results to show for it.

The governors were also asked to each submit the details of their states’ investment in the DisCos from 2013 till date.

The committee is also to investigate the ownership structure of the DisCos and to establish the equity share holding of the states amid poor power supply in the country.

Briefing State House Correspondents at the end of the five-hour long meeting, the Deputy Governor of Edo State, MrvPhilip Shaibu said: “NEC also received an update on the review of the status of ownership structure of electricity power distributing companies.

“The Kaduna State governor briefed NEC on the progress so far made and responses so far received from general public.”

Shaibu, flanked by Lagos State Governor, Mr Babajide Sanwo-Olu and Ebonyi state Governor, Dave Umahi, added: “He (El-Rufai) also told NEC that there will be carrying out forensic audit of all bank accounts of DisCos and also that the state governments to provide details of their investment of DisCos.

“The committee also sought approval of NEC for additional time to complete the report in two months and also the statement to file report investments in DisCos.”

On his part, Ebonyi State Governor Dave Umahi, said so far the governors had established that the DisCos made “no significant investment in the power sector since 2013.”

“The first observation is that they (DisCos) have done any substantial investment so far”, Umahi replied to a question on the position of the governors.

“Of course nobody is happy with the DisCos performance and we have a committee chaired by the governor of Kaduna state and they have done very beautiful job.

“They have placed advertisements in about five newspapers and have asked the general public to give them information on performance of these DisCos and also investments made by private individuals and private sectors.

“And also the governors are requested before the end of March to also submit all their investments from 2013 to date, so that we will get it all together and were directed by the electricity authority to stamp our claims.

“I think the federal government is trying to take the bull by the horn by trying to find out what investments these DisCos made towards this privatization.

“The first suspicion is that they have made no substantial investment and we will take it when we get all the solutions.”

Meanwhile, Umahi has said the Minister of Finance/Budget Planning, Mrs Zainab Ahmed, briefed the NEC on the repayment of the N614billion budget support facility the Buhari regime gave to many of the 36 states.

He said Ahmed informed the session that N152million was deducted from the allocation of each state monthly.
Umahi also said the minister gave a summary of the balances in the three major aacount of the country as of February 24.

Umahi denied reports that governors protesting the “depletion” of the ECA by the Buhari regime from $325million to $71.8 million saying, “It is not true.”

All the governors agreed to the use of $250m as investment through the Nigerian Sovereign Investment Authority to safeguard the future of the country, he said.

He added that another $4 million was spent on consultancy services to save the country from paying almost $500 million over some investments the Nigerian National Petroleum Corporation entered into on behalf of the country.

Umahi explained further, “First, it is not true. $250 million was an agreed investment by governors and federal government on NSIA – National Sovereign Investment Authority and they are doing very well.

“They are handling our infrastructure so nicely that it was further agreed that we should reinvest into it. When these investments are made the federal, state and local governments all get their investment certificate. So we are together in this.

“You also asked where is the other $4 million,  it was used in paying consultancy and services that would have caused the fund about $500 million, it was renegotiated to $4 million because, some people went to court over certain transactions in NNPC and so federal government had to engage consultant to handle that.

“We would have paid the consultants five per cent of the cost that they were seeking and it would have translated into $500 million. 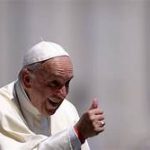 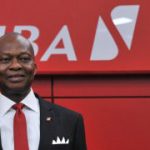