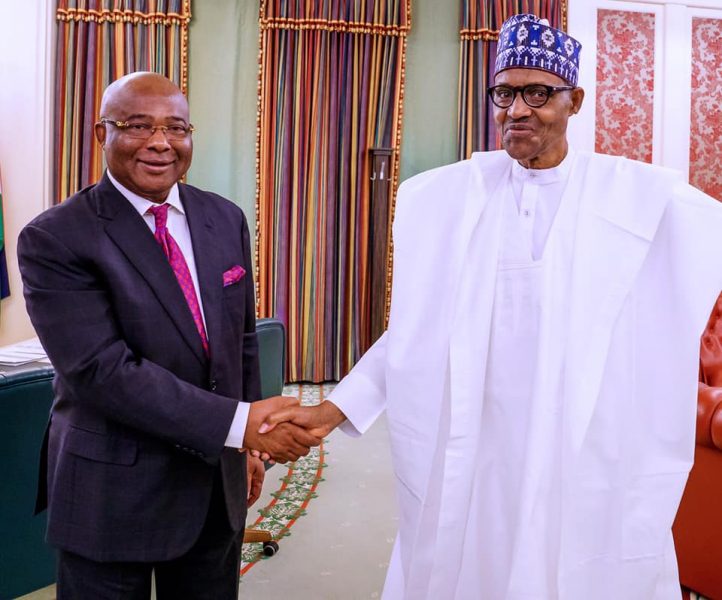 Imo State Governor, Hope Uzodinma, Thursday met with President Muhammadu Buhari, seeking his intervention in the refund of over N32 billion his predecessors spent on federal roads in the state.

“I came to discuss with President on some critical areas. Imo State as you know is not solvent. Imo State is financially distressed, the roads are so bad, security situation is rough, education is backward and there are a lot of things to do and we don’t have the money.

“So I have come to request the kind intervention of Mr. President to at least refund some monies spent on some of the Federal roads in Imo State before my arrival so that we can address some pressing issues like pension arrears, salary areas so that we can get back the people, recover the people first before we begin to talk of infrastructure.”

Asked how much he was looking at he said: “The Consultants are still working but so far we have computed the monies in the neighborhood of N32 billion and my first application to Mr. President, I articulated those ones that will have prior approval before construction and a total sum of N12 billion has been recorded and I have submitted the request and in his magnanimity, he has assured me that he will look into it very considerably.”

BuhariImoUzodinma
Share
Subscribe to our newsletter
Sign up here to get the latest news, updates and special offers delivered directly to your inbox.
You can unsubscribe at any time

Slain Aso Rock Director of Administration for burial on Feb. 21