The Premier League season is set to restart on 17 June with Aston Villa v Sheffield United and Manchester...
Read more

A request for a fresh external loan of $5.513 billion has been forwarded to the Nigerian House of Representatives...
Read more 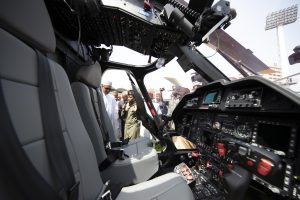 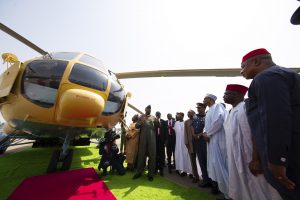 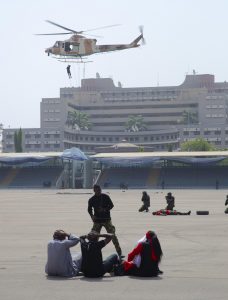 The Mi-171sh is a military transport helicopter based on the civilian Mi-171 helicopter. Per Second News gathered that it is produced by the Ulan-Use Aviation Plant (UUAP), part of Russian Helicopters. It can be deployed on a range of missions, including the airlifting of assault forces, transportation of cargoes, troop fire support, air-to- surface attack, escort of the Military columns, medical evacuation and combat search and rescue.

A request for a fresh external loan of $5.513 billion has been forwarded to the Nigerian House of Representatives for approval. President Muhammadu Buhari's letter...
Read more
Trending Story

Michael Odichi-Dan Ugorji (PhD)   A few days ago, I read a report on Sunnewsonline.com about the opposition in Imo State and how they ‘derogatorily’ refer...
Read more

Africa, Eid-al-Fitr and The Virus by Reuben Abati

This year's eid-al-fitr, the Muslim festival marking the end of the month of Ramadan, during which Muslims fast for 29 or 30 days, in observance of...
Read more
- Advertisement -

I will not annul Kyari’s visitors’ appointments, memos, other commitments –...

ABOUT US
PSN online prides itself in its ability to generate and publish quality content that attracts a broad user base. Our editorial team situated across the continent, works day and night to update our sites, with a special focus on breaking news flashes.
Contact us: info@persecondnews.com
FOLLOW US
© Copyright 2012-2020 Per Second News Communications Limited. All Rights Reserved.