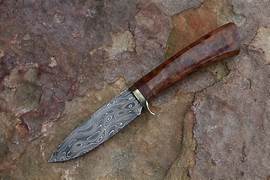 Residents of No. 6, Akeem Gbadamosi Street in Ejigbo area of Lagos, woke up to grieve over the coldblooded murder of a father and mother by their son, 23-year-old Micheal Okhide.

Michael also launched a kinife attack on his sister, Mercy, a serving corps member, who came to the house at about 5.30 p.m. on Wednesday.

He immediately took to flight after he had knifed to death his father, Clement, and mother, Toyin, to death in their house.
The assailant and his parents were at home when suddenly a disagreement occurred leading to the bloody and fatal attack.
Narrating her ordeal, Mercy, said when she got home, she saw bloodstains in the house, and all of a sudden, her brother attacked her.
“Luckily l escaped with injuries. When I got home around 5.30 p.m., I met the entrance door open and saw blood on the net.
“The door to the kitchen was also open. When I entered into the kitchen, I saw that there were bloodstains everywhere and I became scared,” she said.
Mercy added: “As I was leaving the kitchen, I heard my mummy screaming my name that I should run, and immediately, I saw Michael came where I was and I saw bloodstains on him. 
“He told me to come inside and I refused, so, both of us started struggling and he stabbed me in the stomach and my hands but I was lucky that the cut was not deep.

“He wanted to prevent me from escaping but I was lucky to escape and he ran back inside and later I heard that he ran away and locked the gate with a padlock.”

Residents had described Michael as a drug addict, who had been rusticated from three universities.
Police from Ejigbo Police Division have visited the scene of the crime and have evacuate the corpses to nearby  Isolo General Hospital.
They have also launched further investigations into the incident.
 
DSP Bala Elkana, Police spokesman, said police are on the trail of Michael to apprehend him.
Share
Subscribe to our newsletter
Sign up here to get the latest news, updates and special offers delivered directly to your inbox.
You can unsubscribe at any time