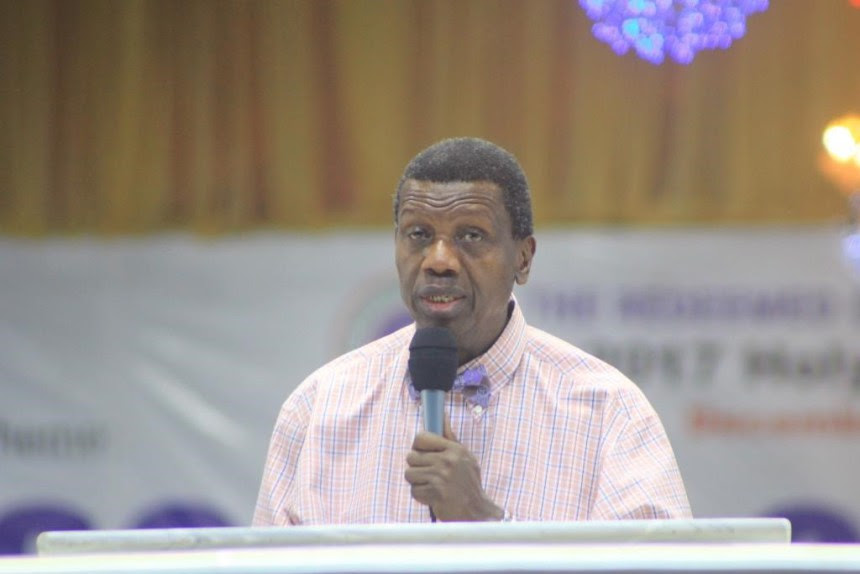 …I foresee earthquakes, violent take-over of power in some countries

Pastor Enoch Adeboye, the General Overseer of the Redeemed Christian Church of God (RCCG) and global religious icon, says earthquakes will rock countries that had not experienced it in the new year.

The volcanoes that had been dormant for years would erupt in several places across the globe, he said at the December 31stCrossover service held at the expansive Redemption Camp, off the Lagos-Ibadan Expressway.

Adeboye, however, did not give specific prophecies concerning his country — Nigeria, but said since “the nation is also part of the world, whatever affects the globe will affect Nigeria’’.

The renowned cleric gave a ray of hope from the Scriptures that the looming tragedy could be averted if the people pray.

He said: “This year, unless we pray very hard, it is going to be behaving like a child that is having convulsion. There will be earthquakes in many places it has never happened before; that is one of the reasons why you should pray for Nigeria.

“Volcanoes that have been dormant for years will be erupting. If you look at the prophecies for 2019 on the international scene, I gave you a bible passage, Joel 2:28-32, and you will see fire and flood.

“Whatever we have seen last year cannot be compared to what is coming except the children of God will be praying so that God’s hand will not be upon the nations. The reason for this is sin. Sin has become more rampant than before.’’

Hinging the looming world disasters on God’s anger, Adeboye said: “Things that in the past could not be mentioned openly are now being celebrated openly. God is angry.

“That is why Christians should pray and evangelise.”

On the political leaderships of the various countries, Adeboye predicted that there would be change of governments in year 2020 across the globe.

“This year, there will be change of governments all over the world. In many places, some of the changes will be peaceful, while in some others, it will be by violence.”

Pastor AdeboyeRedeemed Christian Church of God
Share
Subscribe to our newsletter
Sign up here to get the latest news, updates and special offers delivered directly to your inbox.
You can unsubscribe at any time

Edo State: Welcome to the Politics of 2020

Mass wedding in Maiduguri and the gathering of nobles: Confirmation of return of peace, order