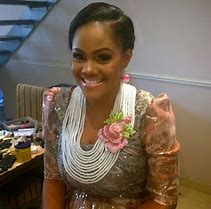 After months of media-hyped allegations of rape against Pastor Biodun Fatoyinbo of the Commonwealth of Zion Assembly (COZA) and the eventual charging the matter to court by the police, the cleric has been absolved of the crime.

“The case is empty and purely sentimental,’’ the Federal Capital Territory, Court 12,  in Bwari, Abuja, ruled on Thursday.

Justice Oathman A. Musa dismissed the case filed by Busola Dakolo against Fatoyinbo.

Giving his judgment, the judge said the “matter amounts to injustice and an abuse of judicial process…the case is empty and purely sentimental.’’

According to him, the case was aimed more at cruelty than obtaining justice.

The court also awarded costs of N1 million against Busola Dakolo and held that the fine should have been 10 times more because the court’s time that was wasted.

Persecondnews recalls that Dakolo filed the suit against Fatoyinbo after alleging that he raped her in 2002 and caused her “emotional distress’’.

Dr Alex Izinyon (SAN), who led Fatoyinbo’s team of lawyers, however, noted that the prayers in the suit were “ungranted’’ by the court and described the suit as frivolous and an abuse of court process.

Busola DakoloCOZANigeriapastor FatoyinboRape
Share
Subscribe to our newsletter
Sign up here to get the latest news, updates and special offers delivered directly to your inbox.
You can unsubscribe at any time