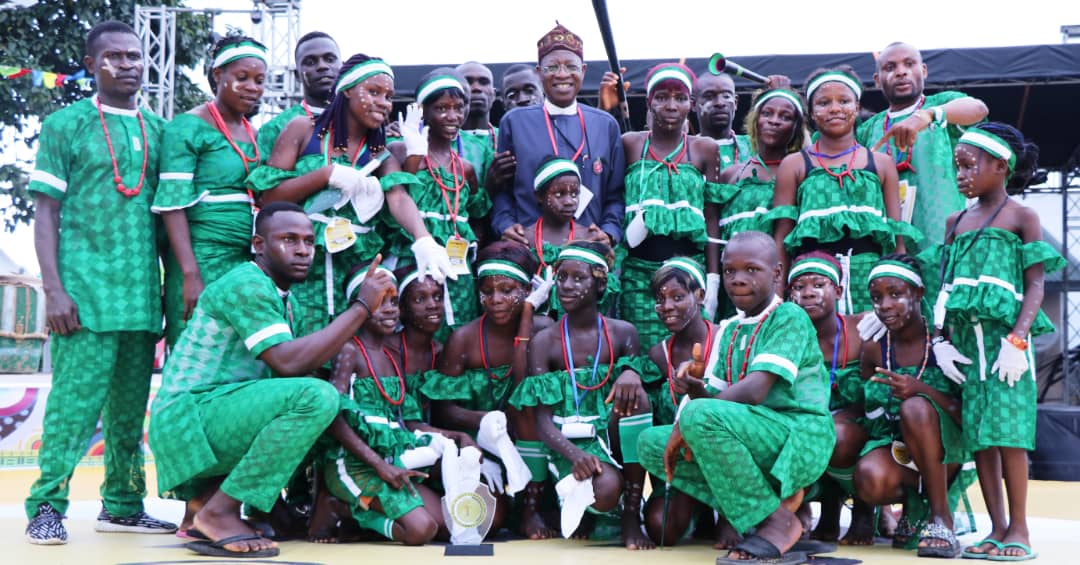 The Minister of Information and Culture, Alhaji Lai Mohammed (middle), in a group picture with the Ebelebele Dance Troupe from Bayelsa, which won the cultural dance performance at the Host Communities Day 2019 organized by the Nigerian Agip Oil Company and its Joint Venture Partners in Port Harcourt, Rivers State, on Thursday.

The Minister of Information and Culture, Alhaji Lai Mohammed, has said the revival of the nation’s cultural values is the solution to some of the problems confronting Nigeria, due to moral decadence.

The Minister made the remarks in Port Harcourt, Rivers State, on Thursday at the maiden edition of the Nigerian Agip Oil Company (NAOC) Joint Venture (JV) Host Community Day.

According to Mohammed, giving the people of the host communities the opportunity to showcase their cultural heritage is a sure way to reconnect them to their roots, adding that this in turn will help to restore their moral values and self worth, which is a sure recipe for avoiding anti-social activities and criminal tendencies.

He further added that the event will stimulate cultural activities on a commercial scale and assist in curbing youth restiveness, pipeline vandalism, oil bunkering and other vices associated with the Oil & Gas Industry in the region.

He stated: “Yesterday in Abuja, a German Journalist who is visiting Nigeria asked me what my vision of the nation’s Culture Sector is. I told him that my vision is to see a cultural renaissance in the country because of its ability to restore our moral values, which can in turn help in solving many of the problems we, as a nation, face today; whether it is in the area of insecurity, job creation or loss of moral values.

”It is in furtherance of this that I have always made sure to participate in as many festivals and other cultural events as possible, across the country, to give them more visibility and to encourage the organizers.

“In this maiden edition, the focus is on cultural dance. Winners at the preliminary stages in the four states are here today for the grand finale. By hosting this event, the company is encouraging its host communities to harness and take advantage of this opportunity with huge potentials for job creation/employment for their teeming youths.

The Minister congratulated the NAOC JV partners for coming up with the idea of the Host Community Day, which is a day set aside for the people of the company’s host communities in Bayelsa, Delta, Imo and River States to showcase their rich cultural heritage.

Mohammed used the opportunity to commend Nigerian Agip Oil Company for its community development activities, especially its Green River Project initiative, where over 38,000 farmers in the four states have been empowered within the last 33 years, and Socio-Economic Developmental projects such as roads, water, cottage hospitals, electricity and human capacity development programmes in the area of scholarships and bursaries as well as agro skills training.

In his remarks, the General Manager, District, Nigerian AGIP Oil Company, Alessandro Tiani, said the company recognized that communities are unique by their culture, which holds the key to identity, oneness, integration, growth and ultimately development, hence the need for the Host Community Day. 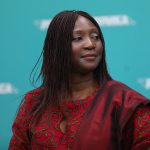 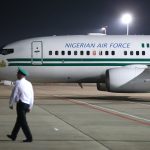