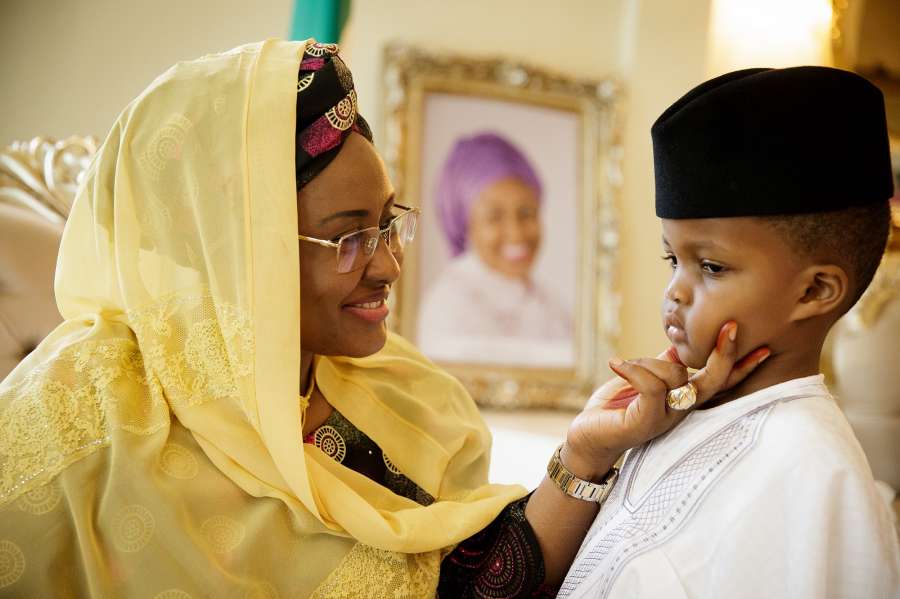 The Wife of the President,  Mrs. Aisha Buhari  said she was ill in the middle of her annual vacation in London.

The wife of the president was rumoured to have returned to the country this morning to cause an upset over the alleged affair, but was shut in by ‘Aso Rock cabal’.

”The genesis of this fake news started when my husband fell sick and perpetrators of this act were showing fake Ambulance, Hospital and dead body suggesting that my husband is dead.

”That time, I received so many calls from other first ladies and Presidents of other countries to confirm; so I called the attention of NCC, NBC and the National Orientation Agency.

”Fake news will lead this country to something else if actions are not taken with immediate effect,” she said.

On why she was away for so long, the First Lady said: “It has been a tradition for us. For like 20 to 27 years now, if our children are on holiday, we used to spend holiday with them.

”I never abandon my children and last year, I went to Spain and spent two months with Zahra when she gave birth.

”So, the same this year’s holiday in U.K, I fell sick; so, I stayed back to see a doctor and the doctor advised me to stay back to attend to my health.

”From the U.K, I travelled to Saudi Arabia for Hajj and returned to England on doctor’s advice and they also advised that I should slow down my activities,” she explained.

Mrs Buhari expressed gratitude to almighty God for journey mercy back to Nigeria from United Kingdom after a medical leave advised by her doctor.

She also thanked her husband and all Nigerians  for their support and encouragement.

She said she was ready to continue her work with women and children.

Aisha BuhariLondonNigeriaSadia Farouq
Share
Subscribe to our newsletter
Sign up here to get the latest news, updates and special offers delivered directly to your inbox.
You can unsubscribe at any time