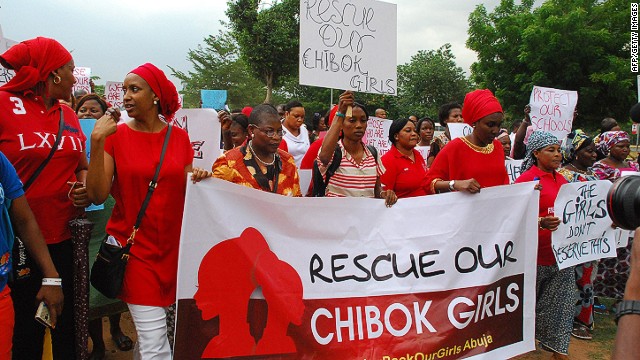 The Bring Back Our Girls (BBOG) campaign group, have stated that 112 girls are yet to regain their freedom out of the over 276 Chibok school girls abducted in 2014 in Borno State.

The group disclosed this in a statement on Saturday, in commemoration of 2000 days since the abduction of the 276 schoolgirls of Government Girls Secondary School, on the 14th of April 2014, by Boko Haram, in Chibok town.

The statement read in part: “October 5th marks a landmark and milestone date of 2000 days since the abduction of over 276 #ChibokGirls and others back in 2014 in Borno State.

“The Chibok Girls, whose names and identities we know, symbolize all Nigerians who have been abducted by terrorists and we demand that the Federal Government fulfil its constitutional responsibility of securing the life of every Nigerian, ensuring safe schools and safe communities.

“While we acknowledge efforts of the federal government so far in recovering and rehabilitating 107 Chibok girls; securing the release of 106 Dapchi girls; responding with urgency when subsequent incidents have occurred and building up the capabilities and welfare of the police and military.

“We will not relent in our advocacy and strident demands for the rescue of our school children and fellow citizens from captivity, especially because after the initial efforts to rescue those in captivity, government has been silent on further steps and mechanisms, like the Chibok Hotline is no longer functional.

“Indeed, kidnapping has become as prevalent as petty theft. We demand justice for the survivors and the slain. We acknowledge and honour the sacrifice of our military and police officers, and express our gratitude and prayers to the families of our heroes in the police and armed forces.”

They further called on local, State and Federal Governments to accelerate the actions necessary to bring back the rest of the Chibok Girls, Leah Sharibu and all other victims of kidnapping, especially schoolchildren, to their distressed families and an anxiously waiting nation.

BBOGBoko HaramBornochibok girls
Share
Subscribe to our newsletter
Sign up here to get the latest news, updates and special offers delivered directly to your inbox.
You can unsubscribe at any time