Why President Buhari Suspended RUGA Settlements: The Inside Story 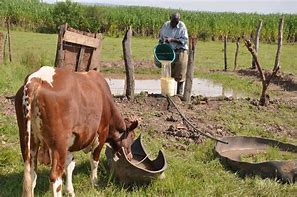 Much has been made of President Muhammadu Buhari’s decision to suspend the RUGA settlements implementation as opposed to the National Livestock Transformation Plan, NLTP, developed by the National Economic Council and approved by the Federal Government.

A senior official familiar with the matter explained that the President on hearing about the RUGA matter first expressed surprise about the programme, and then anger on finding that it was different from the NLTP which NEC and the FG had agreed on.

The insider source revealed that the president then ordered a swift review of what RUGA was about and sought clarifications on its connection with the NLTP. The Vice President Prof. Yemi Osinbajo, according to sources had also strongly resisted the RUGA plan, arguing that it made nonsense of the NLTP, a very deliberate and elaborate plan developed by NEC, under his watch, and a plan which the FG had okayed.

When news about RUGA broke, it immediately raised widespread controversy as State Governors and other interests expressed surprise and a consternation regarding how it was developed and the fact that there were no consultations with States especially regarding land, which according to the law are vested in the Governors.

The President was annoyed that the plan, promoted by senior officials in the Federal Ministry of Agriculture and other FG officials, purports to use gazetted lands in the States for the purposes of building RUGA settlements without carrying along the States, creating a wrong impression that the FG was trying to take over land belonging to States and the people in those States.

There was visible panic in the Villa on Monday when senior officials in the President’s office were trying to get information about RUGA and its connection to the NLTP, although some in the office had tried to suggest that RUGA and NLTP.

The President later discovered that not only was RUGA not under the VP, but that the programme was not aligned to the NLTP. He then ordered a suspension Tuesday afternoon.

It was also discovered that the contract sums allocated for various aspects of the RUGA programme, were heavily overpriced, and incurred the wrath of the President. For instance purchases of solar panels were put at tens of million Naira each, while boreholes were also to be procured at an average cost of N20m each.

The Vice President had been publicly drawn into the fray last Friday when the Secretary of the MACBAN, Baba Uthman Ngelzarma claimed on a TV interview that the RUGA was being supervised by the Office of the VP.

An apparently angry VP same day issued what was seen as a disclaimer, disclosing that his office was not supervising RUGA and explaining that the NLTP is a different programme altogether.

BuhariOsinbajoRUGA
Share
Subscribe to our newsletter
Sign up here to get the latest news, updates and special offers delivered directly to your inbox.
You can unsubscribe at any time