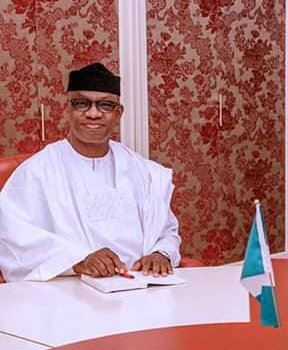 Dapo Abiodun
The new Governor of Ogun State, Dapo Abiodun, has disclosed that his cabinet will be appointed based on merit, as this would be imperative in the execution of his plans for Ogun people.

The governor, who stated this on Tuesday while speaking with State House Correspondents after a meeting with Vice President Yemi Osinbajo, added that his experience in the private sector would guide him in appointing competent persons to work with him in the State.

“So, everything we are going to be doing in Ogun henceforth would be based on merit. Our cabinet will reflect people who deserve to be in office. They will show competence.

“The composition of my transmission team, which comprised the best brains in Ogun from the private sector, is an indication to the direction my administration is headed.”

According to him, Good governance starts with ensuring that worker’s salaries are paid on time.

He said: “I assumed office on the 30th May, having been sworn on 29th of May.  31st of May, my second day in office, was the day salaries were due for payment.

“My pact with Ogun people was that salaries would be paid as at when due and to the glory of God, that day, 31st of May, Ogun civil servants began to receive their alerts of payment of their salaries.  That exemplifies good governance.”

Further speaking, he said another area that is critical to his administration, is the need to ensure that people who invest in the state have the right environment to do their businesses

According to him, the proximity of Ogun State to Lagos, has necessitated that deliberate policies, designed by competent person be executed to provide ease of doing business environment in the state.

Abiodun said: “Ogun today is like New Jersey to New York.  We benefitted from what you call the push factor from Lagos.

“We want to turn that to a pull factor, but you cannot bring and endear people to your state if you don’t begin to think about how to increase the ranking of your state in the global ease of doing business index.

“Let me repeat it, our vision is to provide a focused and qualitative governance, while creating an enabling environment for private, public sector partnership, which we believe is fundamental to the economic growth of the state and individual prosperity.” 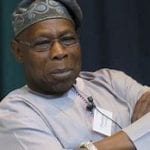