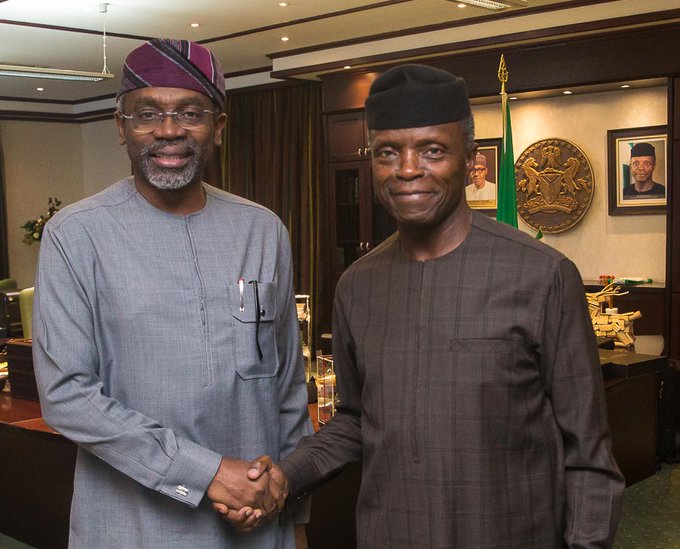 Speaker of the House of Representatives, Femi Gbaja,  sought Monday to restore public confidence in his leadership after a dispiriting election moment,  pledging to use his authority to run an all-inclusive House in order to move it forward.

He disclosed that opposition members will be considered in the composition of committees in the new House, after a closed door meeting with Vice President Yemi Osinbajo on Monday, assured that the opposition will be carried along.

The Speaker who arrived the villa along with some members of the lower chamber of the National Assembly, asked whether he will carry the opposition members along in terms of committee chairing, he said, the committees would be “unfolded in the next few weeks and you will see how we intend to carry them along . I don’t want to let the cat out of the bag but you can be assured they would be carried along.”

On the relevance of meeting with the Vice President he said, “It’s official and any meeting with the Vice President is relevant. It is about the economy and how to move the country forward, charting a road map about how to confront the problems that are facing Nigeria today. So these were the issues we discussed. It wasn’t a personal meeting but you can call it a hybrid – between the personal and official but mostly it’s official. How the executive and the legislature can collaborate to make life better for Nigeria and Nigerians.”

Asked what Nigerians are going to see differently from his leadership in the ninth assembly, the speaker said, “Stay tune, you’ve heard my inaugural speech, we are going to do things differently, we are going to build on whatever the achievements are of the eight assembly, and it’s going to be a reformed house. Like I have said, the reform will be fished out in piece meal so as not to shock the system. But they will be reforms that will be for the benefit of the country.  We expect the cooperation of all facets of government, including the executive and you – the journalists and including our constituents.

Oct 3, 2022
Femi GbajaHouse of Representatives
Share
Subscribe to our newsletter
Sign up here to get the latest news, updates and special offers delivered directly to your inbox.
You can unsubscribe at any time

Mohammed Morsi, deposed president of Egypt, has collapsed and died in court