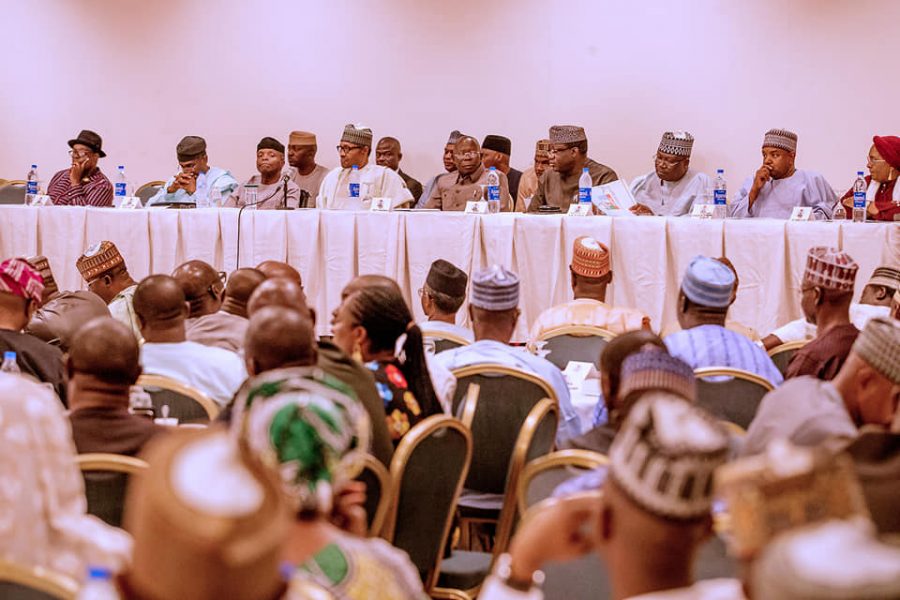 President Muhammadu Buhari met with members of the All Progressives Congress (APC) Caucus on Monday night behind closed doors.
The meeting which started around 9.30 p.m. at the Ladi Kwali Conference Centre, Abuja, ended at 10:30 p.m.
Among those at the meeting were Vice President Yemi Osinbajo and APC National Chairman, Adams Oshiomhole.
Governors present at the meeting were Kebbi, Atiku Bagudu, Ekiti, Kayode Fayemi, Kaduna, Nasir el-Rufai.
Others at the meeting  were the Senate Leader, Ahmed Lawan, Femi Gbajabiamila, and the Senior Special Assistant on National Assembly matters (Senate), Ita Enang.
While Lawan has been endorsed by APC for the 9th Senate Presidency position to be filled on Tuesday, Gbajabiamila has been endorsed as the Speaker of the House of Representatives. 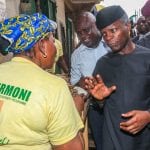 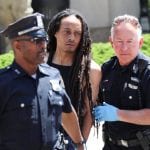