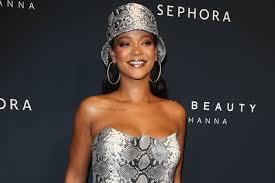 Robyn Rihanna Fenty made it impossible to forget her name as the icon transformed into a brand that went beyond lyrics to help make her the wealthiest female musician in the world.

Rihanna, 31, has amassed a $600 million fortune after launching wildly popular businesses in makeup and lingerie, according to Forbes. The singer’s Fenty Beauty makeup line launched in 2017 at Sephora and reportedly made $100 million in sales in its first few weeks, in part due to its focus on diversity.

She is also behind the Savage X Fenty lingerie line and is expected to be the first woman to create an original brand at LVMH, the French luxury fashion house. The Barbadian singer would be the first woman of color to head up a line with the company, which owns the famous Louis Vuitton brand.

Rihanna told The New York Times in an interview published last month that the motivation for expanding into different creative outlets was happiness, and that money didn’t drive her work.

“Money is happening along the way, but I’m working out of what I love to do, what I’m passionate about,” she said. “Work will change when my life changes in the future but an amount of money is not going to stop that.”

Rihanna
Share
Subscribe to our newsletter
Sign up here to get the latest news, updates and special offers delivered directly to your inbox.
You can unsubscribe at any time